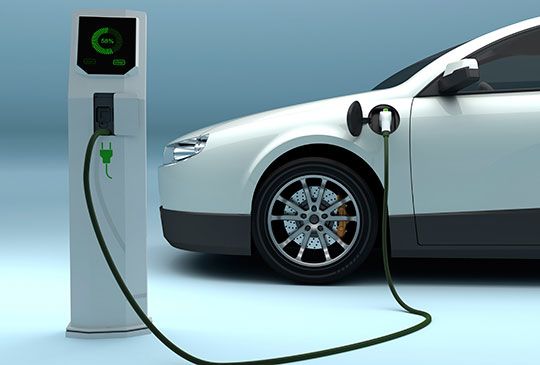 In an era when electric vehicles (EVs) are shaking up the auto industry. Battery Electric powered public transport vehicles reduce operational emissions. The energy source is cleaner and cheaper than oil. Even when the electricity comes from the dirtiest coal dominated grid, electric vehicles (EVs) still produce less global warming pollution than their conventional counterparts, and with fewer exhaust emissions.

An increase in electric vehicle use will result in:

For the concern about power needed to charge electric cars, this need not to worry anyone there is a lot of it, since the charging would be done at night when the electricity demand is low. As a matter of fact, there is power available to charge many millions more. In Kenya for example, the leading electricity provider has plans to install more charge stations this is a move to see many electric cars in the country for the next several years to come.

According to the U.S. Bureau of Transit Statistics, for 2006 there were 250,844,644 registered passenger vehicles in the United States, with 135,399,945 of them classified as automobiles (excluding SUVs and pick-up trucks). In the future, one might expect that half (68 million) of those cars could be electric and used for commuting, in which case the extra power requirement during the night to charge them for six hours would be 136 000 MW (12kWh x 68 x 106/6 hr).

In 2009, the U.S. electrical grid generated 400 000 MW of electricity. Depending on the nighttime power requirement to meet other loads on the grid, the current grid could accommodate much of that extra load. For example, if a typical nighttime load reduction is 20 percent without charging EVs, then one could accommodate the charging of 40 million EVs without reducing power (68 million x 400 x 0.2/136).

If smart chargers are used that would allow timing control by grid operators, the load on the grid could be flattened, thus making maximum use of the baseload generators, which have the lowest cost.

The lithium-ion battery was invented 20 years ago, followed 10 years later by the development of lithium-ion polymer batteries. With the latter technology increased energy to weight ratio, EV driving distances on a single charge have steadily climbed upwards to the point that people accustomed to ICE based cars can accept the EV as a city car. The new battery technology is still very expensive and remains the main reason for why EVs are generally more expensive than ICE vehicles. Modern day EVs are extremely energy efficient and use up to 95% of all energy stored in their batteries, while conversely ICE vehicles only use about 14%-30% of all energy available in petroleum for mechanical energy purposes.

The remaining energy is in most part converted to heat. Furthermore, EVs are able to recharge the batteries while driving downhill and utilize almost frictionless, regenerative breaking technology where the motor acts as a generator, extending the driving range up to 10% - 15%.  The difference between vehicles based on these two technologies is quite extensive. An ICE based vehicle contains an exhaust system, a gas tank, transmission, radiator and a relatively complicated engine, itself with subsystems such as an ignition. Many conventional car components are likely to fail without regular check-ups and/or replacements at certain points over its lifetime.

2) Time saver-Just like a smartphone, you can plug in your EV when you get home and have it ready for you to use the next morning.  Since the electric grid is available almost anywhere, there are a variety of options for charging: at home, at work or on the road. By charging often, you may never need to go to a gas station again.

3) Reduce car emissions to help the environment- Humans have historically had a very negative impact on our environment, and switching to an electric vehicle is one way to reduce further damage to the earth. Carbon dioxide emissions from traditional vehicles contribute to greenhouse gases in the atmosphere and accelerate climate change. All-electric vehicles don’t release carbon dioxide into the atmosphere when you drive them, and hybrid electric cars use their battery to greatly improve the distance you can travel with a gasoline-powered engine.

Electric vehicles can be fueled by electricity from renewable sources, such as wind, hydropower, and solar, while gasoline can only be produced through intensive extraction and transportation processes. Electric vehicles are also built to be more environmentally friendly than conventional vehicles, as the large battery inside your electric car can be recycled. By choosing an electric car, you can reduce your carbon footprint and pollution impact to help preserve our natural environment.

EVs can also reduce the emissions that contribute to climate change and smog, improving public health and reducing ecological damage. Charging your EV on renewable energy such as solar or wind minimizes these emissions even more.