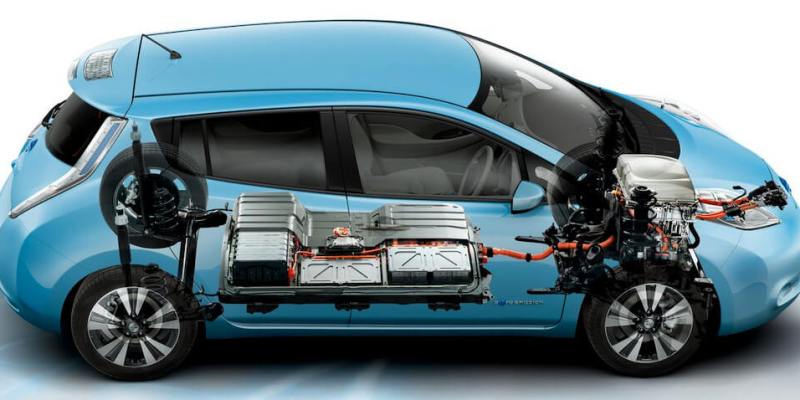 Battery-powered Electric Vehicles are starting to play a significant role in today's automotive industry. There are many types of batteries found in the construction of today's Electric Vehicles, being hard to decide which one fulfills best all the most important characteristics, from different viewpoints, such as energy storage efficiency, constructive characteristics, cost price, safety, and utilization life.  Electric Vehicle utilizes four different types of batteries: Lithium-Ion (Li-Ion), Molten Salt (Na-NiCl2), Nickel Metal Hydride (Ni-MH), and Lithium Sulphur (Li-S), all of them having the same electric energy storage capacity.

The transportation sector represents one of the main determinant factors of climatic changes, 23 % of the greenhouse gas from the atmosphere coming from this sector, being second in this classification after the industrial sector. Therefore the 2015 Paris Declaration on ElectroMobility and Climate Change and Call to Action has been adopted. The objective of the declaration is to reduce global warming by more than 2 degrees. This goal is achievable if electric vehicles represent 35 % of the total number of vehicles sold until 2030.

Also, during COP 26 several government representatives from the governments, businesses, and other organizations with an influence over the future of the automotive industry and road transport, were committed to rapidly accelerating the transition to zero-emission vehicles to achieve the goals of the Paris Agreement. Together, they will work towards all sales of new cars and vans being zero-emission globally by 2040, and by no later than 2035 in leading markets.

i) The lead-acid battery- Invented in 1859, the lead-acid battery is still found in many vehicles, those with both combustion and electric engines. In 1899, the electric vehicle  “La Jamais contente” (“The Never Happy”) featuring this technology was the first automobile to exceed 100 km/h, well before combustion engine vehicles.

Currently, lead-acid batteries are used to power, the electrical circuit of accessories or components specific to combustion engines like the starter. The lead-acid battery only offers a limited capacity despite its significant bulk and weight. It has the advantage of being both inexpensive and easy to produce and recycle. Used as the main energy storage mechanism for electric cars until the 80s, it quickly gave way to other, more efficient technologies.

ii) The nickel-cadmium battery- If you used rechargeable batteries in the 90s, then you’re already familiar with nickel-cadmium technology. “Ni-Cd” accumulators had plenty of advantages, with significant storage density and a lifespan of around 500 to 1,000 charging cycles.

However, they did suffer from memory effect, a physical phenomenon that sees the battery’s performance decline if it is subject to partial “charge-drain” cycles. Used for the production of electric vehicles in the 90s, Ni-Cd batteries are now prohibited due to the toxicity of cadmium.

iii) The nickel-metal hydride battery- With performance similar to Ni-Cd technology, nickel-metal hydride (Ni-MH) accumulators have stayed longer in the market due to their absence of heavy metals. It is a portable rechargeable battery technology that was the most economical at the beginning of the 2000s. Therefore, it largely dominated the hybrid vehicle market until the advent of lithium-ion technology.

iv) The lithium-ion battery- It developed in the early 90s, the lithium-ion battery has gradually established itself as the leading technology, both in the world of transportation and in the consumer electronics industry. With a long lifespan, it offers far greater energy density than all competing technologies and is not subject to memory effect.

However, it does require suitable packaging as well as precise control of the recharging process, generally achieved via a dedicated electronic circuit. Renault uses lithium-ion technology for ZOE and the other electric vehicles in the range. Moreover, the Group is working on incorporating its batteries into a circular economy setup aiming to extend their lifespan as much as possible.

v) The solid-state battery- Scientific research has long been exploring the concept of the solid-state battery, but it’s only in the last 10 years that its progress has made it possible to envisage the technology’s adoption by the automotive industry in the distant future.

The principle behind it consists of replacing the battery’s liquid electrolyte with a solid material that can take the form of a plastic polymer, compacted inorganic powders, or a mixture of the two. In theory, this technology is all positive: it makes it possible to increase energy density and stability while making temperature control easier. Nonetheless, the solid-state is still at the laboratory prototype stage. The lithium-ion battery still has a lot of life left in it.