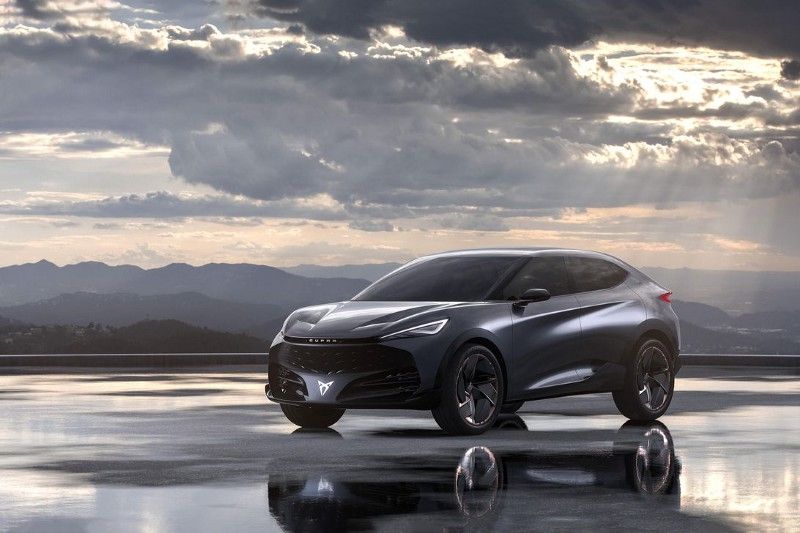 Volkswagen Group is a massive company made up of numerous brands. Some of them we don’t have the pleasure of knowing, but elsewhere, Seat exists. So does its performance sub-brand Cupra.

There are plenty of details to look at on the outside, with Cupra claiming most are designed for extra efficiency. Some of those may make it to production, along with the Cupra’s now-signature copper highlights. Its interior is a harmony of design and performance. Inspired by nature, the CUPRA Concept features a lightweight carbon fibre structure with bold contrasting colors that are softened by sculpted lines, a nod to its aerodynamic exterior. Providing the driver with the dynamic technology they need, without sacrificing passenger comfort.

One thing that we’re unlikely to see on a production version, however, is the liquid metal paint that the car seems to be dripping in. It looks classy.

The latter decided to try its hand at tackling the sweeping craze of electrification and build what you see here, the Cupra Tavascan concept. It’s a crossover SUV with a more rakish profile that Cupra said is meant to evoke a “sports coupe.” While it doesn’t come close to mimicking a proper coupe, it does look quite good.

Cupra was light on mechanical details surrounding the concept vehicle but it does house a 77-kilowatt-hour lithium-ion battery pack. The battery is enough to provide 280 miles of range based on European WLTP estimates. The brand also shared the crossover rides on Volkswagen’s MEB electric-car platform, so it shares a lot of the benefits, including the battery pack’s home on the floor for a low center of gravity. Two electric motors make 302 horsepower to send the Tavascan from 0–62 mph in less than 6.5 seconds.

Peering over the exterior, Cupra said minimizing air resistance shaped the design. For example, 22-inch turbine wheels sit under each muscular wheel arch to keep resistance low. Every single air vent shown on the concept has a purpose, too. Whether it’s to simply move air cleanly across the Tavascan or cool the battery. In typical modern design fashion, the overall look is edgy with sharp LED headlights and a taillight bar that spans the width of the rear.

Opening the door to the cabin reveals a mix of leather, carbon and Alcantara materials. Cupra said it also designed the wing dashboard to emphasize a sense of space. Meanwhile, directly ahead of the driver is a 12.3-inch digital gauge cluster and a 13-inch infotainment display sits in the middle of the center stack. The latter screen can shift toward the passenger if needed, too.