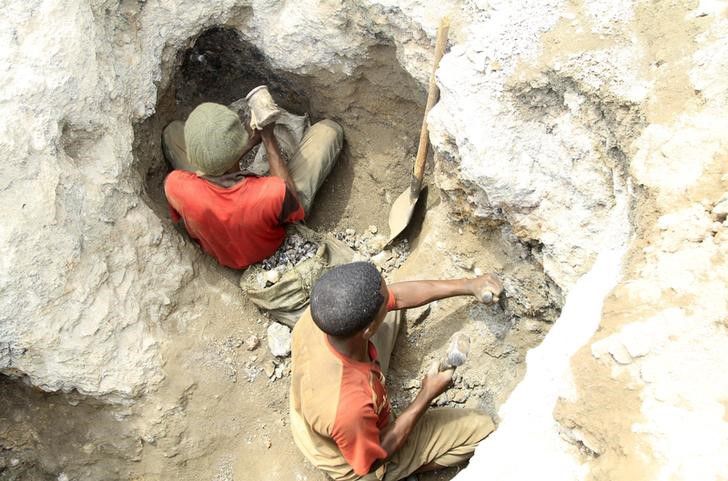 Child Labor In Africa For EVs?

The ban on petrol and diesel cars by 2040 by the British government may affect the health of African children. In the Democratic Republic of Congo, thousands of children as young as four years spend most of their time working at the mining sites where the cobalt that is used to manufacture electric car batteries is found. The children work with bare hands where toxic red dust burns their eyes, hence risking skin disease and deadly lung conditions with pay of 8p a day.

We all need clean air, a silent environment free from combustion engine pollution, but such ideals mean nothing for the children condemned to a life of hellish misery in the race to achieve his target. Almost every big motor manufacturer striving to produce millions of electric vehicles buys its cobalt from the impoverished central African state. It is the world’s biggest producer, with 60 per cent of the planet’s reserves.

The cobalt is mined by unregulated labour and transported to Asia, where battery manufacturers use it to make their products lighter, longer-lasting and rechargeable. The planned switch to clean energy vehicles has led to an extraordinary surge in demand. While a smartphone battery uses no more than 10 grams of refined cobalt, an electric car needs 15 kg (33lb).

Cobalt which is the new gasoline has seen DRC targeted because it has much of it but there are no signs of new wealth in the DRC, where the children haul the rocks brought up from tunnels dug by hand. Adult miners dig up to 600ft below the surface using basic tools, without protective clothing or modern machinery. Sometimes the children are sent down into the narrow makeshift chambers where there is constant danger of collapse.

Cobalt is such a health hazard that it has a respiratory disease named after it — cobalt lung, a form of pneumonia which causes coughing and leads to permanent incapacity and even death. Even simply eating vegetables grown in local soil can cause vomiting and diarrhea, thyroid damage and fatal lung diseases, while birds and fish cannot survive in the area.

No one knows quite how many children have died mining cobalt in the Katanga region in the south-east of the country. The UN estimates 80 a year, but many more deaths go unregistered, with the bodies buried in the rubble of collapsed tunnels. Others survive, but with chronic diseases that destroy their young lives. Girls as young as ten in the mines are subjected to sexual attacks and many become pregnant.

Children, who work in the mines are subjected to torture where the supervisors shout and call them all sorts of names throughout the day because they have to make a living because either the parents neglected them or they are orphaned or parents work together with them at the mines, this is not what you would want to subject your child to, right?

Congo has been in constant civil wars in which millions have died; there is no other way for families to survive. Britain's Department for International Development (DFID) donated £10.5million between June 2007 and June 2018 to strengthen the revenue and encourage responsible activities in large and small scale artisan mining to benefit the Congo's disadvantaged people.
Washington Post, Huayou Cobalt,  said it is irresponsible to stop using child labor, claiming it will raise the poverty levels in the regions that cobalt has worsened the local miners' livelihoods. Human rights charity Amnesty International also investigated cobalt mining. The top 16 EV manufacturers they identified have conducted due diligence to the standard defined by the Responsible Cobalt Initiative.
Tesla has plans to sell 4.4 million electric cars by the year 2021. It means the price of cobalt will go up. Hence continue the use of human labor.
When the Sky News broadcasted the DRC children's plight, a charity home, Kimbilio, rescued the children. They now stay in a church-based organization sleeping on a mattress for the first time and going to school as well. Kimbilio's home took not all out of the mines,  day in day out; more children go back to the tunnels to mine to feed their families. Something needs to be done by the EV manufacturers as well as the DRC government.

After the DRC, Australia is the next most significant cobalt source with close to 1 million tons, followed by Cuba, China, Russia, Zambia, and Zimbabwe. We all want to go electric, but we need to develop a better solution than exploiting the poor.