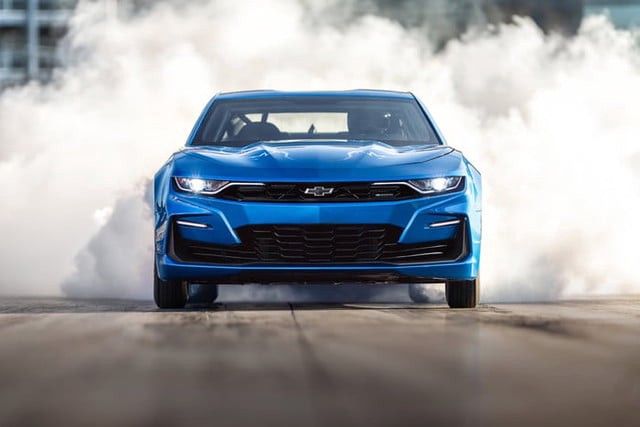 Chevrolet has a new concept car designed for drag racing, and it’s not an entirely new model, its an electrified version of the COPO Camaro. Aptly called the eCOPO Camaro, it’s based on the 2019 version of the Chevy classic and has an electric motor that can provide the equivalent of over 700 horsepower and 600 lb-ft of torque. Chevy believes it can reach a quarter mile in under 10 seconds. Its standout feature, however, is probably its 800-volt battery pack. That’s twice the voltage of the battery packs in the Chevy Volt, the Chevy Bolt EV and Tesla’s vehicles.

The eCOPO Camaro uses two electric motors. Those motors send power to the car’s rear live axle through a race-prepped automatic transmission. The 32-kWh battery pack is divided into four 175-pound modules. Two are where the rear seat would be, while the second pair sits in the trunk. As a result, Chevy claims the eCOPO Camaro has a 44–56 weight.

Feeding that motor is an 800 volt battery pack made up of four 200-volt modules, each of which weighs in at 175 pounds. The 800-volt pack will enable faster charging times, which is an extremely important feature for the model, since there’s limited time between elimination rounds in drag racing. Two of those modules are in the rear seat area, while the others are in the trunk, with one of the latter in the spare tire well and the other just above the rear axle. With the modules’ strategic positions, the eCOPO Camaro has greater than a 56 percent rear-weight bias, which helps launch the car more efficiently.

The eCOPO Camaro’s electric motor is based on a pair of BorgWarner HVH 250–150 motor assemblies, each generating 300 lb-ft. The setup sits in the engine bay and is connected to a conventional automatic transmission that channels drive to the same solid rear axle used in COPO Camaro drag racers.

There’s a full Battery Management System that helps to regulate the battery voltages and temperatures. The batteries in the back of the car are sealed from the interior and protected by a roll cage and an integrated driveshaft tunnel. The eCOPO Camaro’s electric motor has the same bell house mounting pattern and crankshaft flange as the popular LS-family engines in Chevrolet’s crate engine portfolio. That allows it to bolt up to just about any General Motors transmission. In fact, the transmission, driveshaft and other drive train components remain in the same locations as in a gasoline-powered COPO Camaro race car, meaning the electric motor simply bolts into the engine compartment in place of the gas engine.