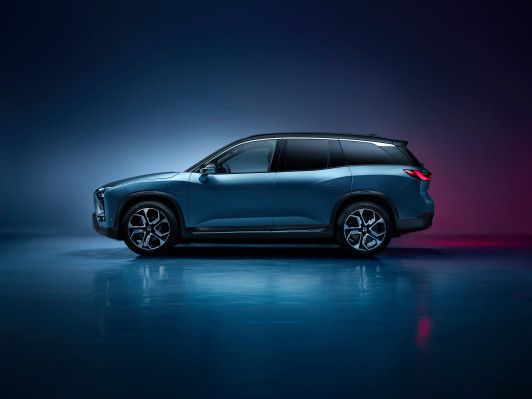 Apart from cost of EVs being high, convincing customers to switch to ditch combustion car for electric car is a challenge it. Not everyone is  ready to adopt electric cars in their day to day activities, this could be because of  range  That's because of range anxiety. Electric car makers are finding that people are worried about how far they can travel in electric cars before their batteries peter out. In a gasoline-powered car, running low on gas is really no big deal; just pull into a gas station, fill up and in about five minutes you're back on the road. Charging and electric car isn't quite so simple. Most production electric cars about to hit the market can only go about 100 miles (160.9 kilometers) on a single charge, but automakers have been trans-nighting where currently some EVs can go for more than 500 mile (Lucid Air EV) .

Recharging an EV is also a challenge , it can take eight hours to recharge.While most people drive less than 40 miles (64.4 kilometers) a day and could easily charge their electric cars overnight, electric cars still aren't useful for road trips. For example, if  you drive 80 miles (128.7 kilometers) in a day, come home and find out that there's an unexpected emergency and you need to drive another 30 miles (48.3 kilometers)? Consumers thinking of situations like that make for a big hurdle that electric cars still have to clear.

Limited choice of EV, not so many auto companies are adopting an electric world.For example the number of vans in the UK is growing faster than any type of vehicles because of the rapid growth in online shopping. Small e-vans are already available and the choice on offer is only likely to increase.It is difficult to compare prices for diesel and e-vans. However, it can be significantly more expensive to lease an electric version of a popular van, than a diesel one. This is likely to mean that electric vans remain  not affordable for many small firms and self-employed delivery drivers for some time.

Technology, several battery and charging technology are causing uncertainty in the electric world. For people who live in block or houses that do not have parking spaces or those without private parking spaces. Where will they find their charging stations? this is a major question that they will ask always before buying electric car. Perhaps home charging will not be as important as it is now. Should drivers use facilities at petrol stations, their office or in empty supermarket car parks at night?Other options being explored include induction pads embedded in major roads, which charge cars as they drive over them.

Environment pressure and fuel dependency, car manufacturers are forced to continuously work to decrease CO2 emissions from their new models, which in turn increases their price and decreases their performance and safety. This makes production of vehicles using fossil fuels an increasingly expensive and unpromising venue, especially when combined with the general instability of the oil market.

Selling electricity to vehicle owners will become a big part of the electricity business. However an entire retail delivery system will also have to be built to accommodate this prospective load. This is both an opportunity and a risk. Hope the EV industry is ready.