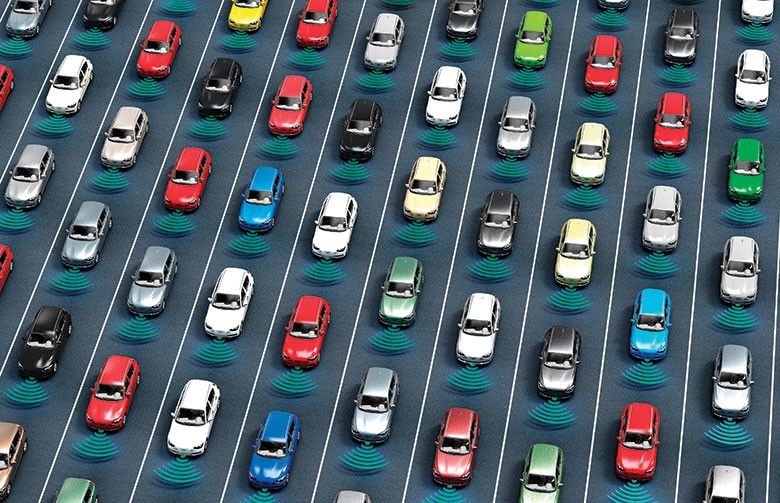 10 Car Technologies For The Next Decade

Change is coming. In the next decade, not only will the way they’re powered and wired have shifted dramatically, but we won’t be the ones driving them anymore. The year 2030 might not seem too far away, but a decade is a long time for technology to change. In 2008, the first iPhone had only just been released, and climate change was a background issue for governments and media. Now, technology and environmental discourse are changing at an unprecedented rate. So don’t be surprised if you look back at the cars of today in a decade’s time and wonder how we ever got by.

Some cars already have basic automation features, but the automotive experiments being undertaken by the likes of Uber and Google make up a minuscule proportion of the vehicles on our roads. By 2030, the standard car will evolve from merely assisting the driver in taking full control of all aspects of driving in most driving conditions.

This widespread automation, together with the electrification and increased connectivity of both the car and society, are set to shake up the car industry in a big way, affecting everything from the way cars look and feel, to how we spend our time inside them, and how they get us from one location to the other.

The first major difference we might notice between today’s cars and those of 2030 are their names. Just as Apple and Samsung have taken over a mobile phone market that Nokia and Blackberry once dominated, Tesla, Apple, Dyson, and Google could become the most recognized automotive brands of the future.

They’ll likely look a lot different too. From the outside, the large air intakes and front grills that cool our combustion engines will no longer be needed, while wing mirrors will be replaced with cameras and sensors. Windows could be larger to allow liberated passengers to enjoy the view, or near non-existent to provide privacy. The Mercedes-Benz Vision Urbanetic demonstrates these radical new looks with a modular vehicle that can switch bodies to either move cargo or people.

Car interiors will be much more flexible, some allowing customization of color, light, privacy, and layout at the touch of a button. New Volvo has multi-functional space that can transform into a lounge, an office, and even a bedroom.

Sun visors will become a thing of the past, with smart glass allowing us to control the amount of entering daylight. The Mercedes doors will have extra screens that can function as windows or entertainment systems.

Many cars will be fitted with augmented-reality systems, which will superimpose computer-generated visualizations on to the windscreen or other suitable display areas, to ease the passenger’s nerves from relinquishing the wheel by showing what the car is about to do.

Drivers will be able to communicate with their cars through speech or gesture commands. In high-end models, we may even see some early versions of brain-computer interfaces, which would associate patterns of brain activity with commands to control the car or entertain occupants. Similar technology has already been used to control prosthetic limbs and wheelchairs.

The ever-growing Internet of things will become central to how our integrated cars move us around and communicate with the outside world. Sensors designed to recognize and communicate with upgraded road signs, markings, networks of cameras, pedestrians, and other vehicles will allow cars to synchronize their movement. Cars will also be able to help authorities maintain road infrastructure, for example with tire sensors that notify them of deteriorating road conditions.

When humans choose to take the wheel, technology will warn drivers about impending collisions with other road users, and attempt to avoid them. Improvements in thermal sensor technology are likely to enable cars to see far beyond the illumination range of car headlights. If sufficiently standardized and legislated for, these technologies should substantially reduce the number of road accidents — albeit probably after an initial spike.

While rural drivers will probably still own their cars, cities may move away from car ownership to the use of on-demand vehicles that take the Uber model to the next level. In Moscow, 9m of these journeys are already made daily, more than 30 times higher than at the start of 2018.

The future is electric

Multiple countries and cities have announced upcoming bans on the sale of new petrol and diesel cars, many by 2030. There is Uncertainty over whether currently popular hybrid cars will be included in vehicle bans may discourage businesses and consumers from investing too much in this path. Fully electric vehicles only make up 2 percent of the global market right now, but as their price drops below that of petrol cars by the mid-2020s, their market share will increase.

By how much depends on to what degree they are as yet limited range and charging time can be improved, and how much governments invest in currently patchy electric charging networks. We expect fully electric vehicles to at least be a viable choice for a wide range of drivers by 2030. Scientists are working hard to solve the production and storage difficulties that limit the potential of clean, fast-fuelling and long-range hydrogen-powered vehicles.

Summary of 10 things that you’re likely to see on mainstream cars within the next decade.

2. Pre-heat/pre-cool
Already a feature on some electric cars, your car will heat or cool itself from the grid before you’re ready to leave, ensuring there’s plenty of charge in the vehicle battery. You’ll be able to engage the function from an app on your phone without the tedium of having to go into the garage yourself to switch it on.

3. Personal Route Assist
Currently available on vehicles including the Audi Q7, A4, and A5, your car’s navigation system will learn your preferred route to frequent destinations and will make suggestions for the next trip, choosing from the three most likely destinations and picking the optimum route to avoid traffic.

4. Parking Monitor
Your car learns where you prefer to park, and once your destination is confirmed, it will calculate the probability that you’ll find a park in your favorite area.

5. Auto parking
Once you arrive at your destination, your car will drive itself to an available car parking place and message you on your smartphone to let you know its location.

6. Road Sign & Object Recognition
As car manufacturers prepare for the introduction of fully autonomous cars, they’re teaching cars to be able to read and recognize road signs so they can react accordingly.

Cars will recognize speed limits and signs so that they will be able to drive themselves. In semi-autonomous modes, ie where the driver is still doing the actual driving, the car will be able to take evasive action if it senses no braking when approaching a stop sign.

7. Car-to-car communication
Cars will be equipped with multiple sensors to monitor thousands of points of data which are shared to the cloud and, in turn, passed to vehicles in close proximity. This might include information on upcoming road works, weather conditions, free car parks, and changed speed limits.

8. Traffic Jam Assist
While traffic jam assist already exists on some vehicles, allowing the car to manage its own acceleration and braking within slow-moving traffic, the next generation of car-to-car communication will see cars manage themselves in convoy.

They’ll use existing technologies such as adaptive cruise control and the data they’ve gathered from other vehicles to determine the optimum driving speed and distance to travel together in a pack on motorways in the most efficient way.

9. Accident alert
In the event that you are involved in an accident, your vehicle will alert emergency assistance teams and advise of your location. While this is a feature on a few cars already in Australia, the technology will extend to your car also advising other vehicles in close proximity that it is causing a hazard, allowing them to change course and avoid the situation.

10. Driving Style Assistant
Your car will learn your driving style and will be able to set its driver assistance technologies to offset your style. If it senses you have a tendency to travel close to vehicles in front of you, it may prime its autonomous emergency braking system earlier, to avoid the risk of potential collisions.