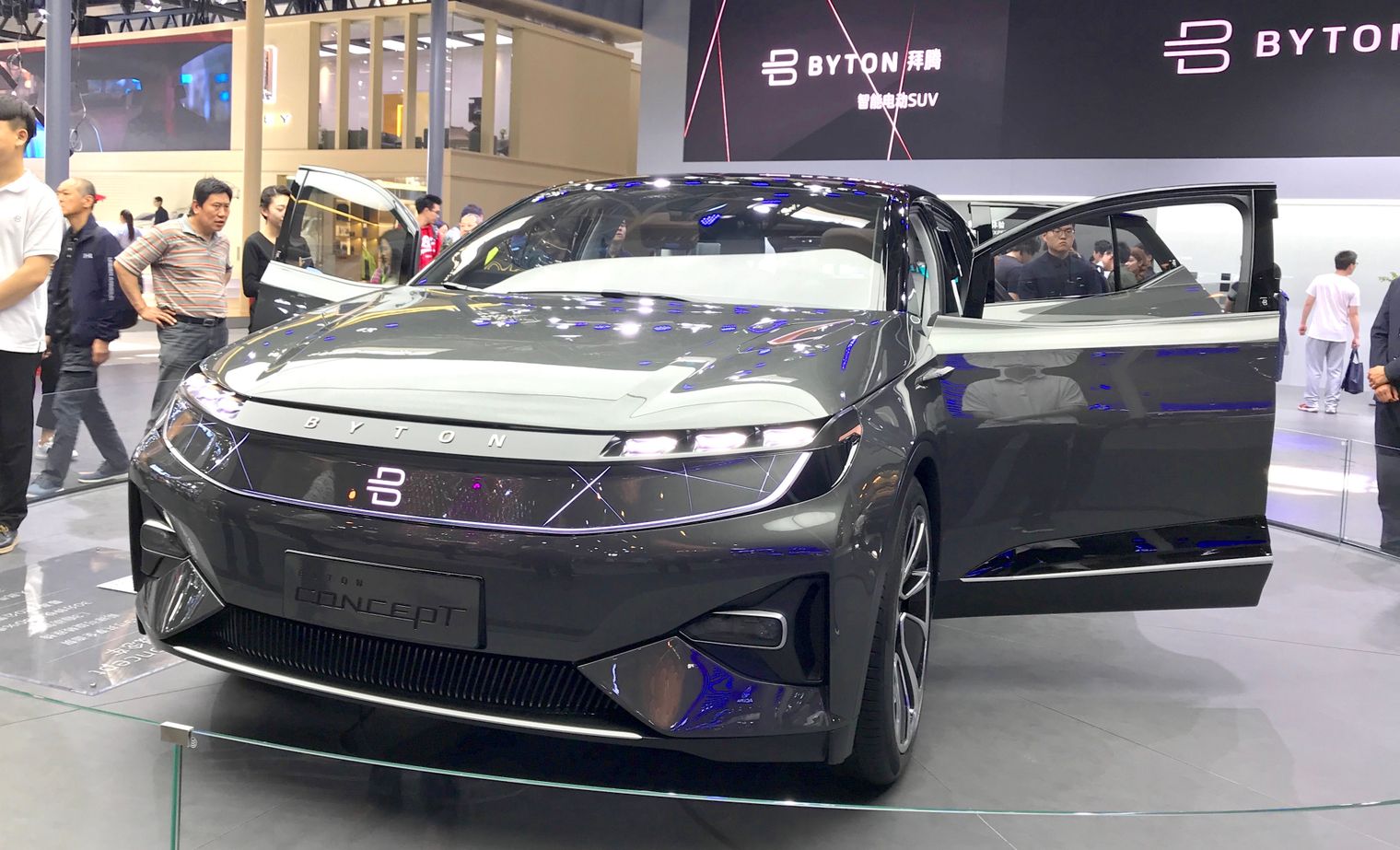 Byton joins Faraday in the Tesla-rivaling, start-up car brand stakes. Launched at CES 2018, Byton brought the credibility Faraday perhaps lacks, by offering anyone a test-ride around the parking lot in its prototype SUV. This base model, should be good for 250 miles of range, and 0–60 mph in around 5 seconds. Two batteries, of 71 and 95 kilowatt-hour capacities, will be offered for ranges of roughly 200 and 310 miles 30 minutes fast-charging to 80%, 200 kW rear-wheel drive motor, and more. Byton said. The electric SUV is to go into production in 2019 at a starting price of roughly $45,000.

At 49-inches wide and 10 inches deep, it makes a Tesla’s 17-inch display look just a bit small. But the Byton impressed with its clever design, generous space and the fact it doesn’t look too weird. In addition to all the screen real estate that’s already accessible to those in front, Byton has added a new tablet-style screen between the driver and passenger, while keeping and redesigning the steering-wheel screen that serves as a small control tablet. Two big screens bring entertainment and other functions to rear-seat passengers, and face-recognition functions automatically recall personalized settings; directional microphones will accept voice inputs separately from each passenger.

Dashboard itself has been given more of a wrap-around design, with pragmatic concessions like climate-control vents and hard buttons added to the center-console area.That said, the concept-car-style front seats still swivel 12 degrees, to allow those in front to converse, when the car isn’t in motion (or at some point in the future, when an autonomous mode is activated). And Byton says that the screen will meet crash standards in all target markets.