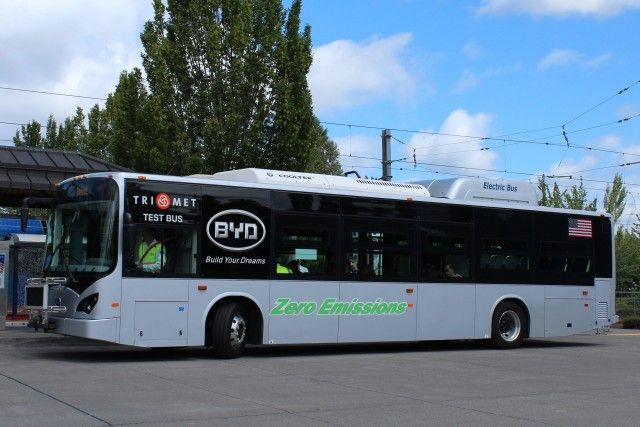 This means the K9 can handle most routes without any problems. It also means the WAVE induction system should boost its range further at bus stops, or as drivers switch off. The BYD K9’s usability is indeed impressive.A few other features LBT installed are a wireless charging system for cell phones as well as a new Wi-Fi system. As for security there are few cameras linked wireless inside the bus.

K9 comes with a few tricks up its sleeves compared to the wear and tear maintenance and servicing of a diesel hybrid bus, the initial cost and energy consumption more than makes it up in a few years of operation. All things considered, the on board amenities, such as wireless charging and Wi-Fi, as well as the AC on board charger and its low operational cost, means the BYD K9 has a lot going for it.

That battery pack is actually three separate 108 kWh packs riding on the roof of the bus in a special enclosure. Each of those packs weigh a little more than a thousand pounds, so total battery weight is estimated to be 3200 pounds.

Charging should come just once a day. Driving range, with no climate-control use is 155 miles with just 1.92 kWh per mile.With high voltage AC fast charging the 324 kWh battery pack can be charged up in just two to four hours typically, after a day of use, or five hours from fully depleted to 100 percent.

Inverters and controllers are placed at the back on a high shelf in what would normally be the engine compartment, while the A/C compressor is down below. So are two radiators, one against each side of the bus, that look like they could have been lifted out of a front-engine mini compact like a Mitsubishi Mirage. They’re for the battery’s liquid-cooling system, which pumps coolant up to the cells, cycling the fans on as needed.