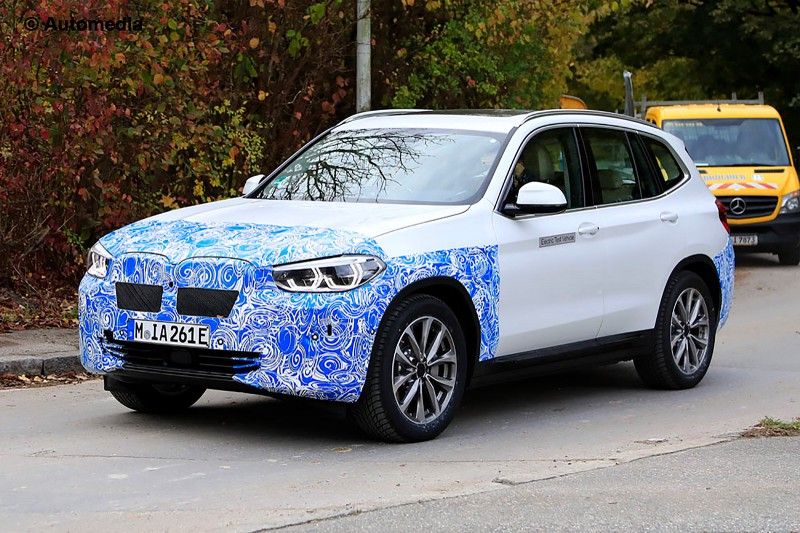 BMW to give its new EVS 600+ kilometer range

BMW is cold-testing an all-electric version of its X3 sport-utility vehicle, along with two other all-new battery-powered vehicles, which the company claims will be able to go as far as 600 kilometers on a charge.

The upcoming BMW iX3, i4 and iNEXT are being tested near the Arctic Circle in Arjeplog, Sweden ahead of their market debuts to see how their batteries and motors perform in extremely cold weather conditions.

The iX3 will go on sale next year, while the other two models will be ready for 2021. The iX3 will have an estimated range of more than 400 kilometers (all numbers based on European test cycles) and can be fast-charged at a DC charging station.

It will be the first vehicle to use the fifth generation of BMW’s eDrive technology, which integrates the electric motor, transmission and power electronics to reduce costs.

For the first time, China will manufacture a BMW vehicle for all global markets. The iX3 will be built by the BMW Brilliance Automotive Joint Venture at its factory in Shenyang.

The i4, which BMW calls a “four-door coupe,” will have a range of up to 600 kilometers on a charge. It’s expected to reach zero to 100 km/h in four seconds and reach a top speed of more than 200 km/h, but will offset its sporty performance with a comfortable ride. It will be built in BMW’s plant in Munich.

The iNEXT, a larger sport-utility vehicle, will also travel 600 kilometers on a charge, but is equipped with connectivity and technology features for Level 3 automated driving. At this level, a vehicle still needs a driver who is paying attention and able to take over when necessary, but it may be able to navigate highway on- and off-ramps, or handle city traffic by itself in certain conditions.

BMW calls the iNEXT its “new technology flagship” and will build it at its Dingolfing plant in Germany.

Including the three new models being tested, the company will have five all-electric models on the market by 2021, and expects to have at least twelve by 2025. Thanks to flexible vehicle architecture and global production systems, BMW will be able to build models with all-electric, hybrid, and conventional internal-combustion drive lines on one production line.