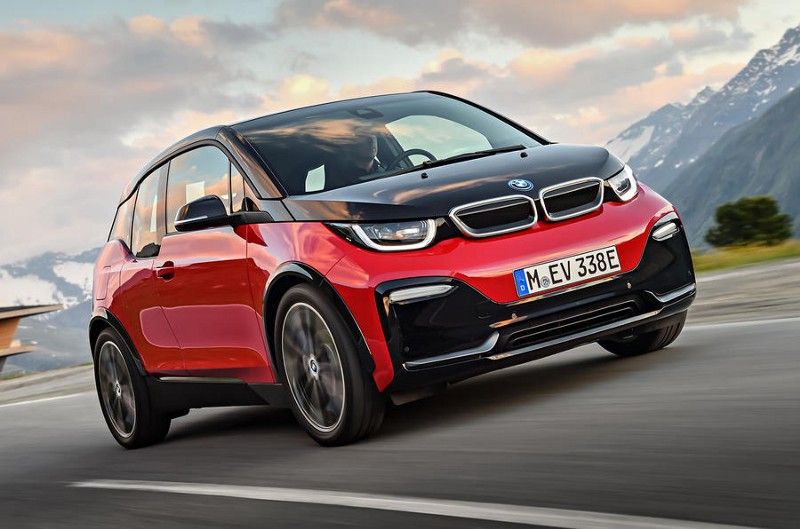 When BMW updated its standard BMW i3, it also took the opportunity to unveil a sportier model, called BMW i3s. As you’d expect, it’s more powerful than the original and updated version, this is as result of the new motor and it handles more like a sports car due to the lowered suspension. Elsewhere, it also comes with wider track and tyres, has a 180bhp and can go from 0–62 mph in 6.9 seconds. It comes with a 174 mile range, which is 12 miles lower than the newer i3.

The BMW i3s can be driven using a single pedal which accelerates when pressed and slows the car down when pressure is lessened. This removes the need to press the brake as often and recoups energy back to the battery making the car more efficient, while adding to the range.

When it comes to charging, a standard three-pin socket will get the battery to 80% in about nine hours. This drops significantly, to four hours, when BMW’s own charger is used and of course a fast charger gives you a boost much quicker, cutting the 80% charge time to just 40 minutes.

The cars the iDrive infotainment system helps the car to maintain its battery level , this means it will use its engine and energy from the regenerative braking to keep the battery at its level to be used during the journey. Apple CarPlay is an optional extra but unfortunately Android Auto is not available. In brighter news, the optional 12-speaker Harman Kardon sound system is very good.

The interior material are made of typical wood and leather,plastic/cardboard material made from hemp on the doors and upper dashboard. It looks cool, feels tough and I really nice . It’s bold, different and serves a planet-saving purpose but manages not to shout about it.It also has an i3s badge on the carpet, huge touch screen at the center.There is large space , large windows, curved wood panels and pair of floating displays.The main display, measuring 10.3 inch across the diagonal and new for this generation of i3, seems to levitate above the dashboard just as the dashboard itself cascades down at its middle. This non-touch display is controlled via BMW’s familiar iDrive system, comprising of menu buttons and a rotating, clickable, touch-sensitive dial between the front seats. A second display sits behind the two-spoke steering wheel to show your speed, range and how much the car is either filling or depleting its 32.2kWh battery.

The i3s doors, the rear two open backwards to make getting into the two back seats easier. Therefore making it easier for adults to slot themselves into the second row without clambering over the front seats. However, those same passengers are also unable to get in or out of the i3s without the front doors being opened first.The two rear seats are large enough for adults but taller occupants will likely want to get out and stretch their legs more often than those up front. A couple of rear side windows mean there is plenty of light, helping the back row feel less cramped. It’s worth noting there is no middle seat, though, making the i3s strictly for four.