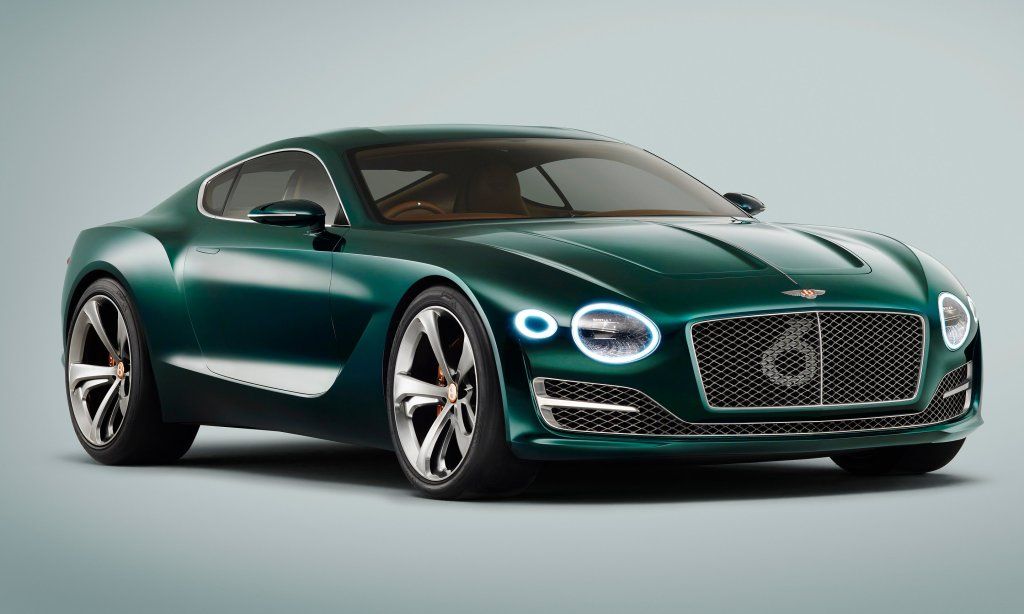 Bentley to sell only fully electric cars by 2030

Due to increased pollution and natural resources being exhausted, carmakers are now taking precautions on the environment by reviewing their products. As a result of this, most companies are now investing heavily toward cleaner transportation and electric mobility. Bentley, which has been known for making luxury cars powered by high capacity engines, is also planning to jump on the electric mobility bandwagon over the next few years.

Bentley's accelerated transformation toward battery-powered vehicles is part of a $40bn push by its German parent Volkswagen AG, developing the industry's biggest lineup of electric cars as it seeks to challenge Tesla. For starters, Bentley will offer two plug-in hybrid models next year, the Bentayga Hybrid and the all-new Flying Spur Hybrid, according to Hallmark in an interview. The company had already announced that every model line would offer a hybrid version by 2023. The company's first fully-electric model will be introduced in 2025; everything will be developed in-house. The brand wants to make its operations carbon-neutral by 2030.(Bentley to become electric-only carmaker by 2030. www://gulfbusiness.com/bentley-to-become-electric-only-carmaker-by-2030/)

"Since 1919, Bentley has defined luxury grand touring. Being at the forefront of progress is part of our DNA; the original Bentley Boys were pioneers and leaders. Now, as we look Beyond100, we will continue to lead by reinventing the company and becoming the world's benchmark luxury car business. Driving this change includes and goes beyond our products, delivering a paradigm shift throughout our business, with credibility, authenticity, and integrity. Within a decade, Bentley will transform from a 100-year-old luxury car company to a new, sustainable, wholly ethical role model for luxury."

(Bentley to sell only fully electric cars by 2030. www.timesnownews.com/auto/car-news/article/bentley-to-sell-only-fully-electric-cars-by/679373)

Bentley noted that it would launch two plug-in hybrid electric cars next year, and every Bentley product will have a hybrid variant by 2023. The carmaker will launch its first fully electric car in 2025 and sell only plug-in-hybrid models and all-electric vehicles by 2026. But by 2030, Bentley's entire portfolio will comprise of fully electric cars only. It means that stop was making internal combustion engine (ICE) based vehicles over the next ten years. The British carmaker will also make several changes to its production process and facilities to ensure it becomes an end-to-end carbon-neutral luxury car brand by 2030.

Bentley also noted that its first fully electric car will be based on EXP 100 GT concept that included sustainable materials like copper-infused Riverwood, wool carpets, and a leather-like textile upholstery made from a by-product of wine-making. Bentley will also continue to use only sustainably sourced materials throughout its current and next generation of cars.

Bentley's Crewe plant is the only major factory in the UK to commit to producing electric cars exclusively on such a tight timescale, apart from its competitor Jaguar Land Rover at Jaguar's Castle Bromwich site. Workers on internal combustion technology will be redeployed.

Bentley's promise to be an "end-to-end carbon neutral organization" without using carbon offsetting is bold, as electric car batteries take considerable amounts of energy to produce. A spokesman said the company and its biggest suppliers would have to work out how to hit the target. (Bentley to stop making petrol cars by 2030 and go fully www.theguardian.com/business/2020/nov/05/bentley-to-stop-making-petrol-cars-by-2030-and-go-fully-electric)

The carmaker, whose prices range from £130,000 to more than £240,000, said its environmental targets would make it "financially resilient and recession-proof," as it and other carmakers looked for ways to emerge from the coronavirus pandemic, which has damaged car sales. (Bentley to stop making petrol cars by 2030 and go fully www.theguardian.com/business/2020/nov/05/bentley-to-stop-making-petrol-cars-by-2030-and-go-fully-electric)