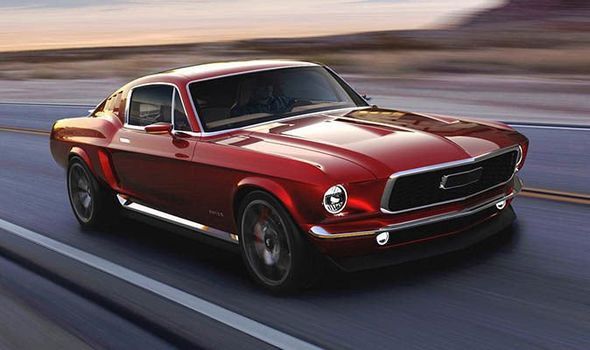 A new electric car firm has launched an exciting new car which has a futuristic powertrain but with 1960s stlying. Aviar R67 is a 1967 Mustang by design but with an all-electric powertrain, battery pack and high-tech interior.

Aviar Motors, a Russian electric vehicle (EV) start-up, has revealed its first creation the R67. Based on a 1967 Ford Mustang Fastback, the Aviar R67 is claimed to be the first electric muscle car with incredible acceleration, dynamics, and a high level of comfort .The R67 blends the retro looks of the classic Mustang with the raw power and technology of a Tesla, featuring a 100 kWh battery pack allowing for up to 507 kilometers of driving range.

Powering the gorgeous muscle car is a dual-motor electric drive system which is rated at 840hp (626kW), capable of propelling the retro-designed EV to 100km/h in just 2.2 seconds, on its way to a top speed of 250 km/h. The car has a total range of 315 miles, putting it in Tesla Model S territory making the car a very attractive proposition.

Under the skin is a carbon-fibre and aluminium chassis and automatic air suspension, while the body itself is also made of carbon-fibre. The Aviar R67 is also equipped with several driver assistance and safety technologies, including autonomous emergency braking, seven airbags, LED lighting at both ends, stability and traction control, four wheel disc brakes with ABS, and an electric park brake.

Aviar has also equipped the car with sensors, camera, and smart tech to allow advanced driver assistance capabilities designed to ensure safety and comfort.The features include ‘Automatic pilot’ which is seemingly a semi-autonomous driving mode, Electronic stability and traction control, Voice-activated controls, Wi-Fi and cellular internet capability and Bluetooth among others.

There’s also an external sound system that simulates the operation of the engine and exaust system of the legendary Ford Shelby GT500.The electric muscle car is covered by a one-year warranty.