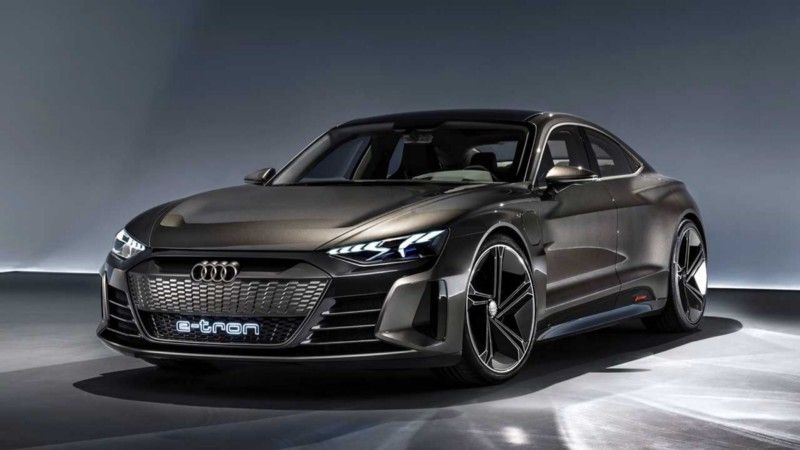 Audi is planning to bring an electric sedan approximately the size of its A4 to its lineup in 2023, which will bring Audi into direct competition with Tesla and its popular Model 3 sedan.

The E-Tron is due to be followed later this year by its more stylish sibling, the E-Tron Sportback. These two fully electric crossovers will be joined by the Tesla Model S-rivaling E-Tron GT in the second half of next year, with a road-going Q4 E-Tron in the pipeline for a late 2020 launch.

By the middle of the next decade, Audi will have a total of 12 pure electric models on sale, with an assortment of crossovers, sedans, wagons, and hatchbacks in the offering. Speaking of sedans, the aforementioned E-Tron GT will be joined by a smaller sedan similar in size with the A4 to go up against the Tesla model 3.

Pricing for this A4-approximate E-Tron is said to come in around that of the Q4 E-tron , a concept of which Audi revealed at the 2019 Geneva Motor Show. Pricing for the Q4 E-Tron isn’t yet known, as the model isn’t due to hit showrooms until late 2020, but given their near-equivalent position in Audi’s lineup, it may be safe to assume performance and range capabilities of the A4-sized E-Tron will be similar to that of the Q4 E-Tron.

Audi has said the Q4 E-Tron will do 280 miles on a full charge on Europe’s Worldwide Harmonised Light Vehicle Test Procedure (WLTP) yardstick, and presumably less on the United States’ more conservative EPA system, though that’ll likely put the A4-ish E-Tron in contention with the low- to mid-level Tesla model 3. Standard rear-axle horsepower will be 201 and torque 229 pound-feet, though all-wheel-drive with a front axle motor will almost certainly be available to push peak output to 302 horsepower. Expect the A4 E-Tron to have the Q4 E-Tron’s zero-to-60 time of 6.3 seconds beat too, making every version of this upcoming model a respectable sports sedan.

These numbers whet our appetite for an as-of-yet hypothetical RS-branded E-Tron sedan, which would hopefully be more accessible than the limited run PB 18 E-tron

Without going into too many details, the man behind Ingolstadt’s latest design language confirmed that development of the smaller electric sedan has already started. The new zero-emissions model will ride on the same PPE platform as the E-Tron GT, which by the way will have approximately the same size as the A6 Sedan.

PPE means “Premium Platform Electric” and represents a joint effort between Audi and Porsche. The first PPE-based models are scheduled to hit the market towards the end of 2021. In Audi’s case, PPE will be used on a variety of models covering the high-volume B through D segments.”

According to the British magazine, the A4-sized EV is earmarked for a 2023 release. If that’s correct, it could mean we will see the production version as early as 2022. If history has taught us anything, it’s that there will be a concept car to preview the real thing, much like it was the case with the E-Tron GT.