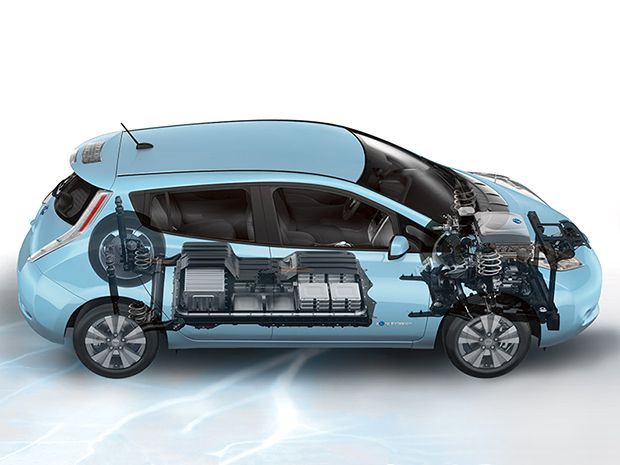 Electrification is inevitable, but we’re going to need better batteries and much more of them – fast. Electric vehicles (EVs) will make up 90% of battery demand over the next two decades. There are many other hurdles to overcome, such as building charging infrastructure and securing supply chains. Automakers are finding ways to solve the cost, performance, and manufacturing challenges associated with electric vehicles. Reaching a limit with chemistry-based solutions, automakers are now eyeing battery physics and architecture as the next big battery breakthrough.

The battery has not developed much despite electric vehicles going mainstream. Currently, Electric vehicles are more powerful, faster charging, and cheaper than before. Lithium-sulfur batteries can hold up to five times more energy than lithium-ion batteries. However, some setbacks stunted research, leading researchers down the path of trying to make the technology viable, with previous breakthroughs focusing on the use of a flexible cathode.

Progress has been made on all fronts, but it’s been incremental despite billions of dollars of cumulative investment worldwide, which continues. The physics of battery technology has traditionally meant increases in either of the first two categories would negatively impact the charging and potentially the cost.

QuantumScape unveiled new data showing its solid-state lithium-metal batteries with ceramic separators could charge in less than 15 minutes for at least 400 consecutive charges, a test that approximates the lifetime of a battery. The company’s on a single-layer prototype battery cell under real-world automotive test conditions raised hopes that this new battery technology could come to market by mid-decade in a joint manufacturing venture with its strategic partner, VW Group. The expectation is batteries using this new technology will result in standard battery packs with up to 600 miles of range and the ability to fast-charge in less than 15 minutes. Volkswagen’s betting on that and plans to build a battery plant in 2024 to supply future cars. Underscoring the corporate commitment, Porsche’s head of e-mobility sat in on and endorsed QuantumScape’s announcement.

QuantumScape and VW are not the only players in this development. In a move that marks the new landscape of electric car development, OEMs like VW are partnering with established battery companies and start-ups like QuantumScape to move technology forward. Volkswagen is also working with Swedish battery maker Northvolt AB, which has also had investments from BMW. Ford and BMW have invested in the solid-state battery start-up Solid Power. Toyota is working with the established battery company Panasonic, which is also a Tesla supplier and also has said it expects by mid-decade to be offering solid-state batteries in its EVs. GM has partnered with LG Energy but also is working with Solid Energy Systems. Daimler has invested in Blue Solutions and Pro Logium Tech. The intensity of work in this field is matched by the volume of dollars being invested.

The acceleration of the EV market has spurred a high level of interest, investment, and deep involvement in this critical part of the supply chain. Solid-state batteries promise that they will work with the current infrastructure and still deliver their advanced capabilities. In QuantumScape’s case, the solid-state battery has lithium-metal anodes and a proprietary non-combustible, non-flammable solid-state ceramic separator, eliminating the carbon or carbon/silicon anode. The company is already working on scaling up the size of the battery with multi-layer cells on the path to building a commercial-size battery pack. The first pilot plant is projected to be operating in 2023, to be followed by the VW JV plant the following year. If the company can keep to this timeline, that might allow VW to have its 2025 model year EVs feature these packs.

In addition to VW’s $300 million investment, QuantumScape has had early backing from Silicon Valley VCs Khosla Ventures and Kleiner Perkins and Microsoft founder Bill Gates. The company went public via a Special Purpose Acquisition Company (SPAC) merger and has raised a cumulative $1.5 billion since its founding in 2010.

There’s plenty of room for improvement in the battery technology that powers electric cars, though. Tesla’s cars boast impressive speed and performance, and up to around 330 miles range in the most expensive models. But there are still shortcomings. It’s not possible to fully charge the car in under an hour, even at one of the company’s many so-called “Supercharger” stations. You can’t go more than about 150 miles without worrying if you’ll be able to make it back to your point of origin on one full charge.
Lithium-ion batteries also degrade over time, which means an electric car will never travel as far as it can when it’s brand new.

i) Michael. C (2022)Tech: Another Day, Another Battery Breakthrough

ii) Moshiel. B (2021) Focus turns to battery design for next big EV breakthrough