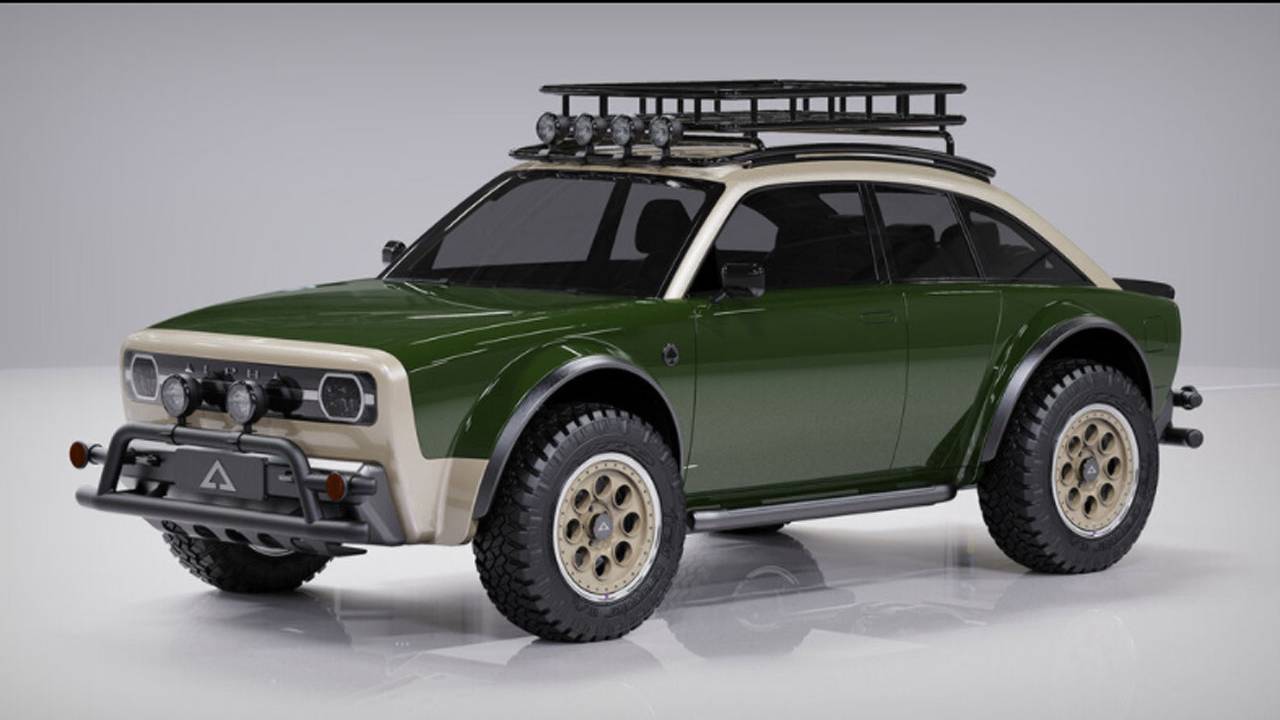 Alpha has unveiled a new product with retro styling based on the same electric vehicle platform and combines versatile all-road performance, durability, and clean power. The car is still a concept; the Jax stands for a “junior all-terrain crossover,” which suggests bigger and more competent SUVs from the automaker coming in the future. Jax rides on the same architecture that underpins the Ace two-door and is designed with a 75-kWh battery in mind.

The Jax might look like a small car, but the Jax is 4,560 millimeters (180 inches) long and 1,930 mm (76 in) wide, roughly the size of the previous generation Subaru Forester. The utility seats four and offers 1,769 liters (62.5 cubic feet) of combined storage.
Alpha vision comes with two versions: one with a single-motor powertrain or a more sophisticated AWD system. The latter should be capable of towing 839 kilograms (1,850 pounds) and accelerating from a standstill to 60 miles per hour which can be translated as 0-96 kilometers per hour in about 6.5 seconds. The targeted range at a single charge of the batteries is 250 miles (402 kilometers).

The car is designed for consumers with four-wheel-drive performance without carbon emissions. The car is still in concept form the company is accepting orders for it. The company hasn’t disclosed its actual production plans, but the Jax will start from $38,000 when it goes on sale. Alpha intends to begin delivering electric vehicles to American customers as early as 2023, so you have enough time to decide.