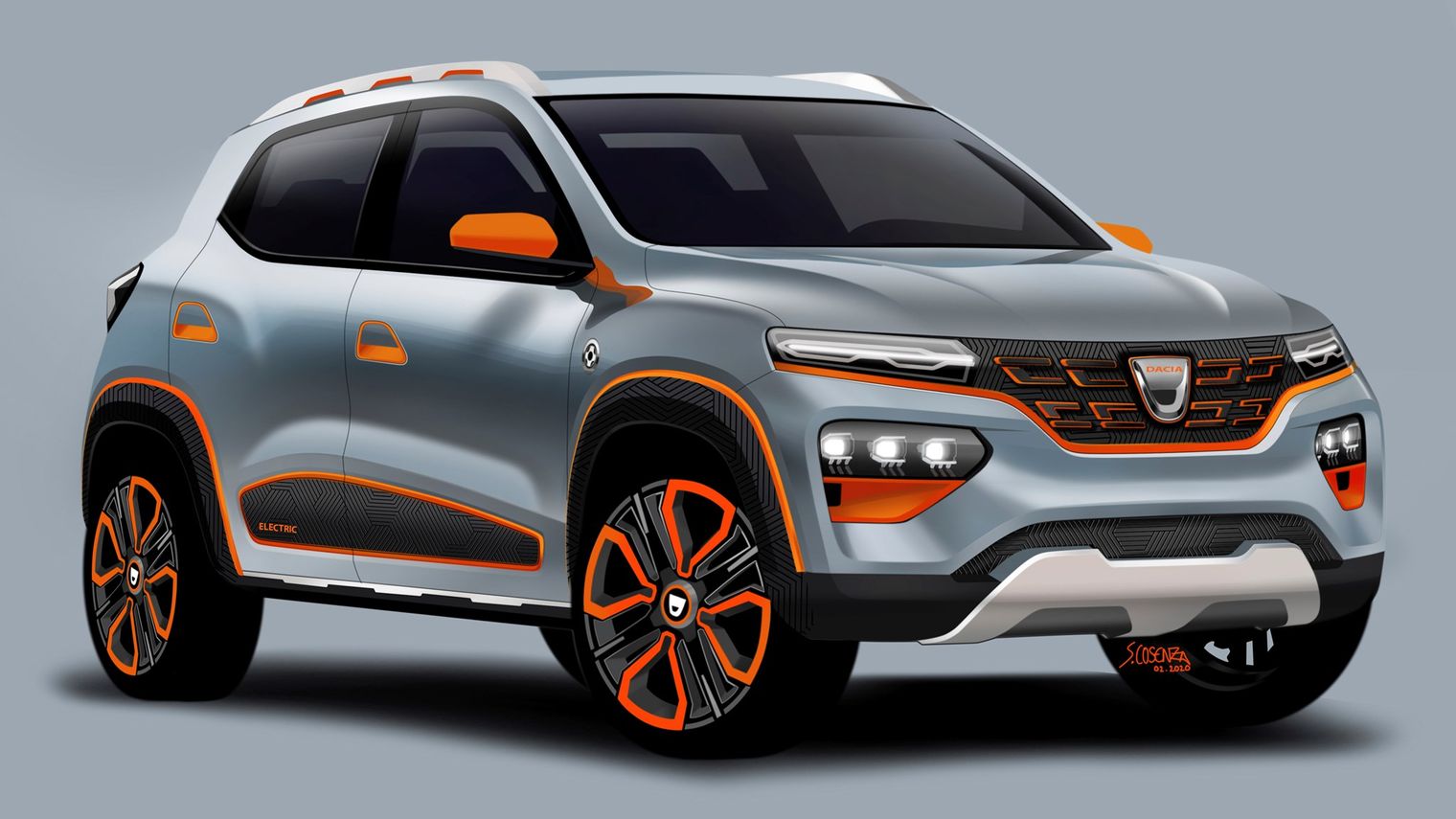 Dacia's parent company Renault and partner firm Dongfeng have been producing the Renault City K-ZE since April 2019. Equipped with a 44 hp electric motor and a 28.6 kWh battery, the high-riding supermini-sized EV has a range of 168 miles, under the NEDC testing. Dacia say that the Spring Electric will have a WLTP range of 124 miles when it goes on sale in 2021.

The Spring was first revealed as a concept in early March, in an online presentation instead of at the canceled Geneva auto show. The electric hatch is a rebadged version of the Renault K-ZE that's currently available in China. Measuring up at 3.73 metres in length, it sits between the Volkswagen up! and the three-door MINI Hatch in terms of size. Where it differs is with its raised ride height and SUV-like design elements.

Looking at the exterior design in greater detail, you’ll  notice Hyundai and Citroen influences such as the chromatic motifs, headlights, and daytime running lights. The lighting signature of the taillights is also appealing, as are the generous ground clearance and the plastic-clad wheel arches.

The charging port is located on the right-hand side of the crossover, overall length is 37 centimetres shorter than the Sandero, there’s seating for four people, and Dacia has promised more than 200 kilometres on a single charge. That’s more than 124 miles under the Worldwide Harmonized Light Vehicle Test Procedure, but the question is.

The interior has same designs to the ICE version, it features a small acreage of robust-looking charcoal plastic and an 8.0-inch infotainment screen. The usual EV benefits of smartphone control and monitoring are present, too. It also has quad-LED rear lights, with a double-Y motif, foreshadow future production car styling, and it features LED headlights. The upper lights are similar to the slim units fitted to Renault's existing model,therefore a slight change in this.

Despite the SUV-style looks and plastic addendum, Dacia is firmly placing the Spring in the ‘city car’ sphere. Sensible, perhaps, given that it’ll have a WLTP range of around 124 miles. But people will buy it because its cheaper.