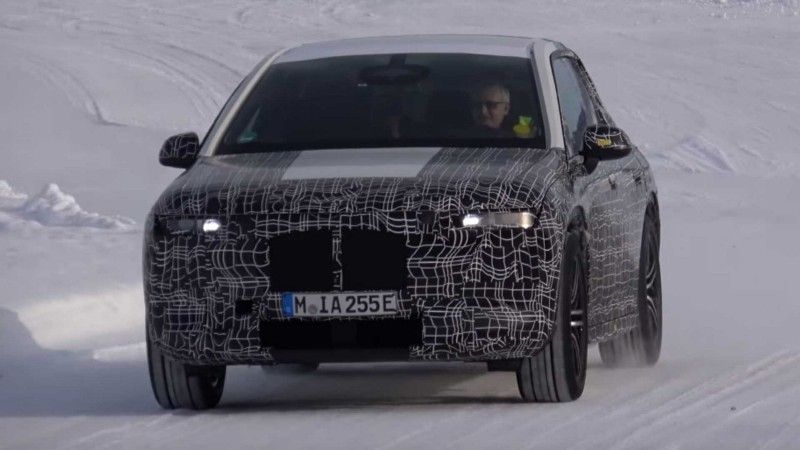 The final BMW in its electric vehicle trio is the iNext SUV.It’s the descendant of last year’s crossover concept, and looks much more roadworthy now. As they ride next to each other, the iNext doesn’t look all that different to the iX3 in size, but the styling does take a more dramatic turn. We expect the iNext to be more luxurious and probably more spacious inside than the iX3, because it’s built using a newly designed, dedicated EV platform. BMW promises a range of 372 miles for this crossover, just like the i4 sedan. Level 3 automated driving is also slated to be equipped on the iNext, as BMW is using this vehicle as its “technology flagship.”

Know that all these range figures were calculated using the WLTP method, which is only representative of final EPA figures sometimes. Even if they are a tad off, close to 372 miles is impressive. We expect to see the iNEXT begin production in 2021.

Several key changes have been made to the design since the concept was unveiled: the rear suicide doors have made way for conventional ones, and the grille has shrunk in size and been joined by an extra air intake.

Meanwhile the B-pillar has been reintroduced, and the concept’s wing-mounted cameras have been replaced with cheaper mirrors.

Initially, the Vision iNEXT concept took its inspiration from the BMW X7, boasting upright gills at each corner of the front apron and a ‘Streamflow’ window line designed to mark out the car as an ‘i’ vehicle.

The blanked-off grille was intended to show that the Vision iNEXT concept was an electric car, simultaneously housing many of the sensors required for the level 3 autonomous driving features BMW is targeting for 2021. It’s not yet clear if these will be relocated by the time the production model is signed off.

There are no clear images of how the interior will look like for now there is only the concept layout.It includes all manner of amazing features, such as a steering wheel that collapses into the dashboard when the car is in autonomous mode, and touch-sensitive panels built into the fabric of the rear seats.These would allow passengers to control minor functions like the audio volume, but there’s no chance they’ll appear in the production car.

So far, BMW hasn’t made any mention of performance figures for the iNEXT, however we do know it will feature a pure electric drivetrain. The purpose of the winter testing program in Arjeplog, Sweden, is to assess the all-wheel-drive system in cold conditions, as well as monitor the performance of the electric motor and battery.

The BMW i4 ,a premium four-door coupe ,is set to use the same platform, and will support a maximum battery size of 120 kWh, for a range of 435 miles. The iNEXT is a larger vehicle, and BMW says it will achieve an official range in excess of 373 miles.