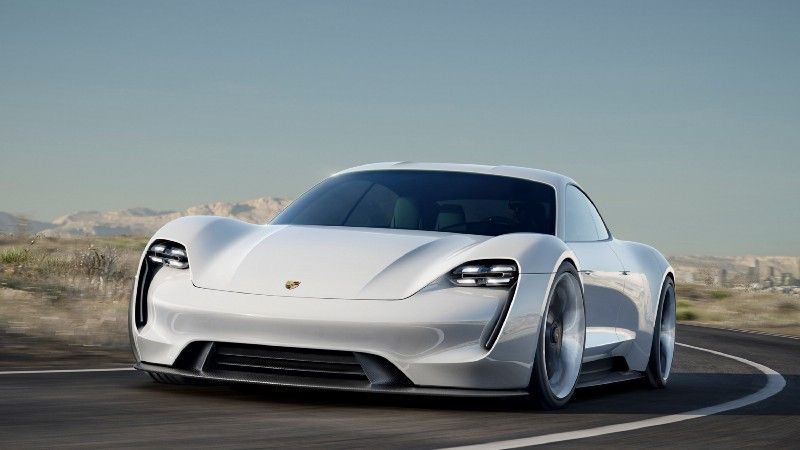 The long wait is over….. Porsche has finally unveiled its first electric sports car: Porsche Taycan. The Taycan battery pack operates at double the voltage of other EVs — its world-first 800V tech, the maker says, enables speedier recharging, lifts performance and saves weight.

Plugged into one of the new generations of DC fast chargers, the Taycan can take on 100 km of driving range in just over five minutes. Charging from almost empty 5 percent to 80 percent takes less than 25 minutes under ideal conditions, according to Porsche.

The capacity of the lithium-ion battery pack is 93 kWh, enough for a driving range of 380-450km. The body comes wrapped in a shapely four-door coupe body. Commonly with other high-end EVs, the Taycan has an electric motor on each axle, the front one driving through a fixed gear.

The more powerful rear motor has a compact two-speed automatic transmission. First gear’s role is to enhance acceleration and at about 100 km/h it switches to second gear, for efficiency.

The Taycan will begin its production life as two variants: the Taycan Turbo and the Taycan Turbo S, which run a staggering $150,900 and $185,000, respectively. In top Turbo S form, the Porsche has up to 560kW on tap, abetted by 1050Nm. These outputs slingshot the Taycan from standstill to 100 km/h in only 2.8 seconds. The Turbo version, peaking with 500kW/850Nm, takes 3.2 seconds for that sprint.

There’s room for tall adults in the rear, though the outward view isn’t great. Front passengers face a beautifully crafted and screen-laden instrument panel and have a great view over the Taycan’s short, sloping nose. There’s plenty of cargo room; the broad and flat-floored boot holds 361L, while under the bonnet is an 81L compartment that will take a carry-on suitcase.