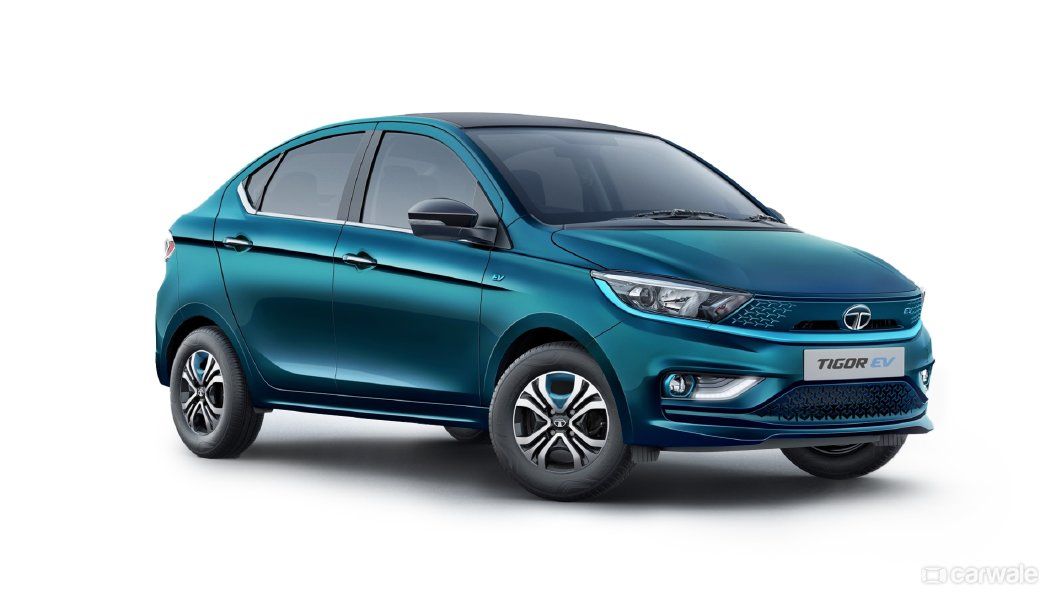 At a time when EVs are considered saviors. You and I can’t actually buy the angelic Tigor EV as yet, because Tata hasn’t launched it to the larger buying public. Any Tata Tigor EV you might have come across would belong to the government because In 2017 Tata won a tender to supply 10,000 units to Energy Efficiency Services Limited or EESL

It is available in two variants (XM and XZ) and is priced between Rs 9.99 lakh and Rs 10.09 lakh inclusive of incentives e. The Tigor EV cannot be registered for private use as it is only available for fleet operators as of now. Its prices in Delhi make it nearly Rs 3.6 lakh and Rs 3.15 lakh dearer than equivalent petrol-AMT and diesel variants of the Tigor. It packs a 40PS/105Nm electric motor and its top speed is limited to 80kmph. Standard AC charging will take around six hours, whereas DC fast charging will juice up the battery pack from 0 to 80 percent in 90 mins. The Tigor EV is offered in just three color options: white, blue and silver and comes with a 3-year/ 1,25,000km warranty.

Electric vehicles are known for their unique designs and radical shapes, but that’s not the case with the Tigor EV. Ignore the new badges and stickers and the EV could pass off like any other Tigor. The big modifications are hidden from view. There’s no combustion engine, of course, although the EV’s 3-Phase AC induction motor and ancillary elements occupy the same space in the engine bay. Also sitting prominently here is the AC charging socket. DC fast-charging is an option too (GB/T standard), the socket for which resides under the traditional fuel-filler cap. The under-seat fuel tank has also made way for the 16.2kWh lithium-ion battery pack that extends to the boot floor. Resultantly, the spare wheel has been relegated to the luggage bay and this hurts practicality a wee bit.

Inside the cabin, you get the same neat dashboard, chunky seats, et al. The gear selector is from the Tigor AMT and the only point of difference is on the instrument console, where an analogue State of Charge (SOC) dial takes the place of the tachometer.

In the Tigor EV, there are no typical vibrations or accompanying engine noise on ‘ignition’. Instead, you rely on the EV’s MID to tell you when it’s all systems go. The other reading of interest is range. With the SOC at 100%, the on-board computer is displaying a range of 98km.

The first impression of the Tigor EV on the move is fairly positive. The lack of noise from the engine bay is welcome and the powertrain also comes across as more refined than the Mahindra e2o’s. Throttle responses are fine and the feeling is of being in a smooth automatic transmission-equipped conventional car. Even when the road opens up, the Tigor EV keeps up with the flow of traffic. There’s nothing alarming about the drop in range either. However, when you change to faster range Tigor EV feels out of its comfort zone and the lack of power becomes all too apparent. The Tigor EV’s motor puts out 30kW, which equates to just 40.7hp. This is insufficient for what is a family car, even though the Tigor EV is no heavyweight, tipping the scales at 1,126kg or about the same as a diesel Tigor. Shifting the EV’s gear lever to Sport makes the car feel livelier, but this is no Tesla on the cheap. It’s okay to about 50kph, but the build-up of speed fizzles out thereafter, and it’s a long wait to see the speedo needle reach 80kph.

The acceleration test runs also take their toll on the EV’s range. While this is understandable, the drastic drop in the distance-to-empty number acquaints us with dreaded range anxiety. Plugging into the 15kW DC fast-charger is a straightforward exercise. The charging gun is relatively heavy, so you’ll need both hands to lock it into place. In the 36min the car is plugged in, the SOC goes up by 36%, or enough to add 35km to range. With fast-charging, the Tigor’s battery pack is rated to juice up to 80% in 90min. A standard 15A 220V wall charger gives a full charge in 6hr.

It’s a car with its heart in the right place, but the fact is, when it comes to performance and range, it feels more like a promising first step than a viable alternative to a conventional combustion-engined car. Then there’s the matter of price. The Tigor EV was billed to EESL at around ₹11.5 lakh per piece, and with FAME II (the second phase of the Faster Adoption and Manufacturing of Hybrid and Electric Vehicles scheme) subsidies only available to commercial buyers, the final price for private buyers wouldn’t be much different. That is simply too much for a car that has its compromises and just can’t match the flexibility of a petrol or a diesel.

This car will be available/ launched to the public in two months from now.