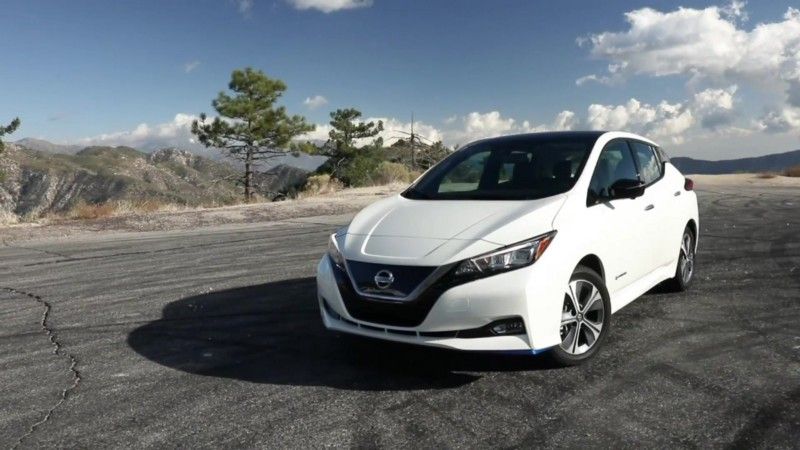 The Nissan Leaf was the first modern battery-electric car to be sold in large numbers, but Nissan’s rivals have caught up. Other automakers now offer electric cars with at least 200 miles of range at relatively affordable prices, while the current-generation Nissan Leaf could only muster 150 miles of range upon its launch. Now the Leaf is getting an upgrade.

The e+ motor is up sized from 147 hp to 215 (with 250 lb-ft of torque), while the 62 kWh battery delivers 226 miles of range, rendering the Leaf both more fun and more versatile. Also of note, every Leaf is being built with the capability for two-way power flow through the charger, meaning that your car could act as a generator for your house. They’re still ironing out the hardware on the home-charger side, but the car is ready.

The 2019 Nissan Leaf e+ not only offers more range, but also more power. The new model has 226 miles of range, courtesy of a 62-kilowatt-hour lithium-ion battery pack (up from 40 kWh in the base Leaf). It also produces 214 horsepower and 250 pound-feet of torque, compared to the 147 hp and 236 lb.-ft. of the base model. Drive is still to the front wheels, and no other major changes were made to the car.

The e+ may be a better Leaf, but its performance is only adequate compared to rival electric cars. The Chevrolet Bolt EV offers 238 miles of range from a 60-kWh battery pack. The Chevy has less horsepower (200 hp) but more torque (266 lb.-ft.) than the Nissan. Both the Hyundai Kona Electric and upcoming Kia Niro EV use the same 64-kWh battery pack and electric motor, which produces 200 hp and 290 lb-ft of torque in the Kona (the Niro is rated at an extra lb.-ft. of torque). The Kona boasts 258 miles of range, while the Niro EV gets an estimated 239 miles per charge. The Tesla Model 3 could also top the Leaf e+, if Tesla ever gets around to making the cheaper $35,000 version.

The base Leaf may have less range than the cars mentioned above, but it’s also less expensive than most of them. Nissan won’t reveal pricing for the Leaf e+ just yet, but customers will have to pay a premium for that extra range and power. That could close the pricing gap, without offering segment-leading range.

On the outside, all is the same. On the inside, the biggest visible change is the new 8″ touchscreen. It has an integration with the Nissan smartphone app to manage charging, route planning, and door-to-door navigation when parking is remote from the destination. For many, the most important new feature of the infotainment system is its ability for over-the-air updates

Not visible are the improvements to the driving functions. ProPilot got a little bit more mature, as one can expect from a system on its way to become an autonomous driving system. Don’t expect Tesla-like completely autonomous hardware that only needs new software to become level 5 autonomous. Only the hardware required for the current functionality is in the car. It offers traffic aware cruise-control and lane keeping functions as well as automatic parking. Most of the modern sensor-controlled safety features are available, like blind spot, cross traffic, emergency braking, and around view monitor.

Inside, the Leaf E+ gets a new, larger 8-inch touchscreen display that can be linked to a smartphone and will interface with a Nissan app that will help you seek out chargers on your route. Speaking of your route, the Leaf E+ is supposed to seamlessly transition navigation from your phone to the vehicle for door-to-door navigation.

The Leaf does at least have a couple of unique tech features. Like the base model, the Leaf e+ will be offered with e-Pedal, which blends regenerative braking with the conventional friction brakes, allowing the driver to pretty much avoid using the brake pedal. Both the base Leaf and the e+ are also available with ProPilot Assist, a driver-assist system that basically combines adaptive cruise control with automated lane centering.

Also invisible, until you use it, is the improved charging speed. It is now between 70 kW and 100 kW when connected to a new-generation CHAdeMO charger. The battery has a TMS that uses air, not a cooling liquid, to keep the battery at working temperature. Because there was no battery temperature problem

The 2019 Nissan Leaf e+ will go on sale in the United States within two to three months.