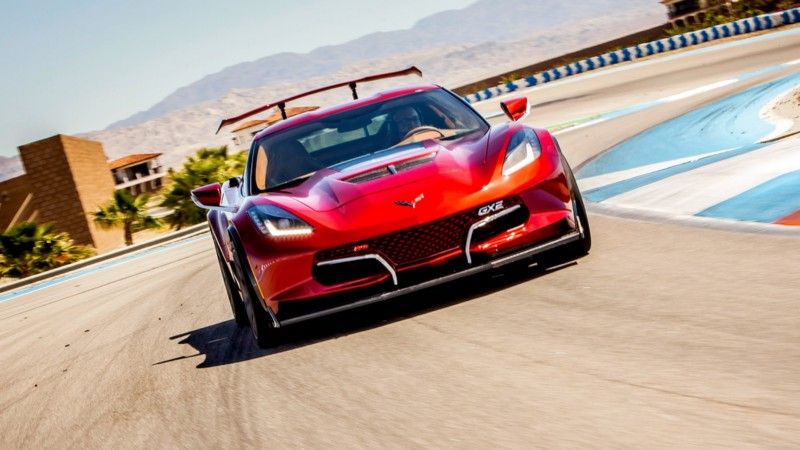 Genovation GXE is an electric vehicle based on the C7-Gen Chevy Corvette with plenty of power as well as a visual treatment to let onlookers know it’s something a bit special. Visually, the GXE does stand out among Corvettes, with its unique bumpers, rims, and LED strips that highlight some of its design features.

It comes with two electric motors sending their power to the transaxle gearbox located on the rear axle. The electric motor tandem gives out ‘over’ 800 horsepower and in excess of 700 pound-feet / 950 Nm of torque. The 0–60 acceleration sprint is dealt with in around two and a half seconds according to the company that built the car. These are usually limited to a speed far lower than that in an effort to keep the batteries from being drained too quickly.

Power comes from five separate packs of nickel-cobalt-aluminum/nickel-cobalt-manganese batteries strategically placed throughout the chassis. The 800-volt system goes through F1 supplier Rinehart Motion Systems inverters under the direction of powertrain control designed by Stafl Systems before feeding a pair of 300-kW/475-Nm AMRacing electric motors delivering, in series, a combined 800 horsepower and 700 lb-ft of torque to a single output shaft. The batteries, inverter, and motors are all liquid-cooled, and the stock transaxle and beefed-up rear differential send power to the rear wheels with Genovation’s traction-control, which is 100 times quicker to react than the stock system. With 11 dedicated control modules, Genovation’s bespoke CAN bus piggybacks onto the Corvette’s stock system with about a million lines of painstakingly written code. Although suspension duties are given to four active and programmable coil-over units supplied by DSC Sport, and 17-pound front and 20-pound rear carbon-fiber wheels come from Carbon Revolution, the steering system and Brembo carbon-ceramic disc brakes remain stock.

Together these batteries all provide 61.6 kWh which is good for a claimed 175 miles / 281 km. GXE has a perfect 50/50 weight distribution, achieved partly through the way the batteries are placed in the car (as well as retaining the transaxle). However, there is more weight to lug around here than with a regular Vette, with the GXE coming in at 4,200 pounds or 1,905 kilograms.

They have put efforts to help it stand out. The aforementioned LED strips can be seen on the front bumper, where they follow the contour of one of the bumper’s blade details, as well as on the side mirrors, where the LEDs run up the prong that holds the mirror and onto the mirror itself — some cars have their side repeaters for indicators here, but the GXE just gets an ornamental (green) light strip.

There’s also a huge wing on the back that appears to be unique to this vehicle, and you’ll also be able to spot one of these by the unique badges it gets on the front, sides, and rear end. The wheels are full carbon fiber, made by the company Carbon Revolution, and the brakes are upgraded too, swapping out the standard rotors and calipers for the carbon-ceramic system from Brembo.

The interior was given this makeover to make it seen posher because Genovation is charging considerably more for its GXE than you normally have to pay for a normal Corvette. It doesn’t look hugely different, but for owners of the regular car, it will be a bit of a change. There is a huge leap the custom Lotuff leather and Alcantara interior takes over a factory Corvette’s cockpit, the 10-speaker Harman Kardon audio system, the Genovation-designed 10.4-inch color touchscreen that replaces the center console, or the mirror-like tri-coat paint. It’s really something you have to see to appreciate. All of which almost justifies the $750,000 conversion from Grand Sport to GXE.