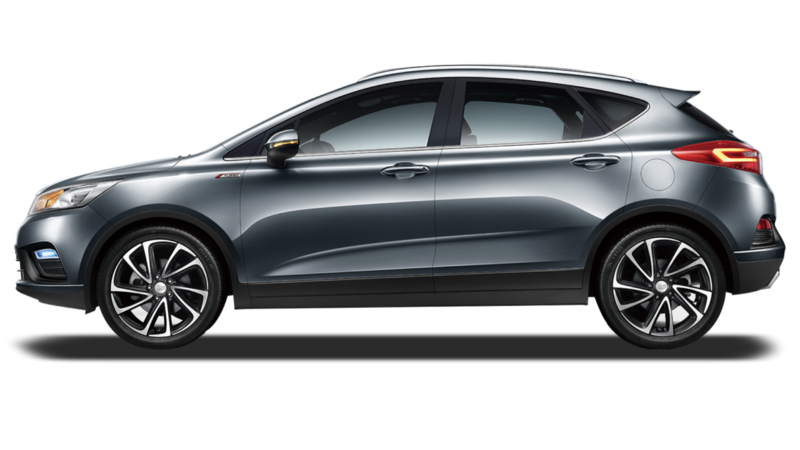 GE11 adopts a trendy closed-off grille, which is typically used for all-electric models. Both high beam and dipped headlights are integrated into headlamps. The sleek LED daytime running lights coupled with three paralleled light bars look quite futuristic. Besides, on the hood is a protruding U-shaped line that is able to lower the air resistance by directing air to both sides of the vehicle body, therefore elevate the battery range.

As to the side profile, the GE11 features a fastback design. The smooth waistline stretches from the headlight, door handle to the rear end, visually lengthening the entire body. The new model adopts the hidden door handles, which is in tune with the futuristic essence of the vehicle.

Moving to the rear end, the GE11 retains the fastback design of coupe with a cleaner look. The duck tail spoiler at the trunk improves the sports sense. In addition, a chrome trim with the GEELY lettering in the middle connects taillights on both sides.

The vehicle measures 4,736 mm long, 1,804 mm width and 1,503 mm tall with a wheelbase length of 2,700 mm. It will be powered by a 130 kW electric motor with the support of a lithium-ion battery, and can achieve a maximum speed of up to 150 km/h.The Geely GE11 also features retractable door handles that are flushed with the bodywork.

Moving to the side, the Geely GE11 features a fastback design similar to the Borui GE sedan, while the rear end features a pair of slim tail lights. The Geely wording is positioned within the matte chrome strip that connects both tail lights, similar to other recently-introduced models.

The interior is highlighted by a large center screen just above the air-condition vents. A small screen acts as the driver’s instrument cluster display, while there is a modern-looking center console with few switch gear and a large drive mode selector within driver’s reach.

The new GE11 will be competing against other EVs, including the China-only Nissan Sylphy EV.

The new Geely GE11 is expected to be launched within the first quarter of 2019.