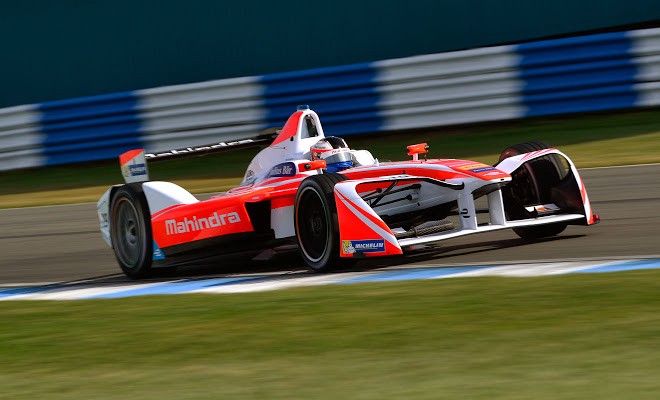 Formula E’s debuted four years ago, plenty of auto enthusiasts saw the circuit as a gimmick. But the league has risen from side attraction to headliner event, and it’s happening because Porsche is just one of many manufacturers shifting resources from combustion-engine racing to electric.

It is the first fully electric racing series to catch serious media attention and manufacturer money, but make no mistake: The electrification of motorsports had already started. Back in 2009, the open-wheel Formula 1 series began allowing the use of KERS regenerative braking systems that fed recovered energy to a small electric motor that supplemented the gasoline main powerplant.

Formula E makes a number of other changes for 2018/9 in addition to the one-car rule. Power increases from 190 kW to 250 kW, or from about 255 to 335 horsepower, and so the cars’ top speed bumps from 140 mph to 174 mph. Races won’t run a fixed number of laps anymore. Instead, they’ll run for 45 minutes, and then after time expires they’ll run one more lap. Oddest of all, by far, is that driving through certain sections of a track off the racing line will signal the car’s motor to produce an extra 25 kW (33.5 bhp) for a temporary speed boost.

The old car had a maximum power of 200 kW or about 268 hp. The second-generation car produces 250 kW or 335 hp. The top speed of the old car was 150 mph. The new car reaches a top speed of 174 mph and can travel from 0 to 60 mph in less than 3 seconds. Considering that the series did not race a single race five years ago, that’s pretty good.

The wheel of Formula E’s all-electric race car is easy to drive. There are no gears as in the original car. Like its predecessor, it uses tread tires instead of race licks. The flip-flop-looking safety device that now sits over the cockpit of the car, mostly disappeared in my field of vision as I sat.

Besides the obvious electric powertrain technology, there are new rules and features for Formula E’s 2018/2019 season that made the series more attractive. In prior seasons, drivers had to switch to a second car mid-race because its batteries couldn’t last an entire race. When you do motorsport most of the time you have a big engine with a lot of noise but in Formula, E you go to basically no noise. Above 100kph (62mph) you just hear the wind.

You can still hear the gearbox and a little bit of the motor but it’s a lot less than a normal combustion engine. It weighs 900 pounds and has no power steering. This is the faster, lasts longer and has a dramatic styling so unique that it looks unlike basically anything else run by the competition. The new car made its debut in season five, which started in December 2018, and wraps up this summer.