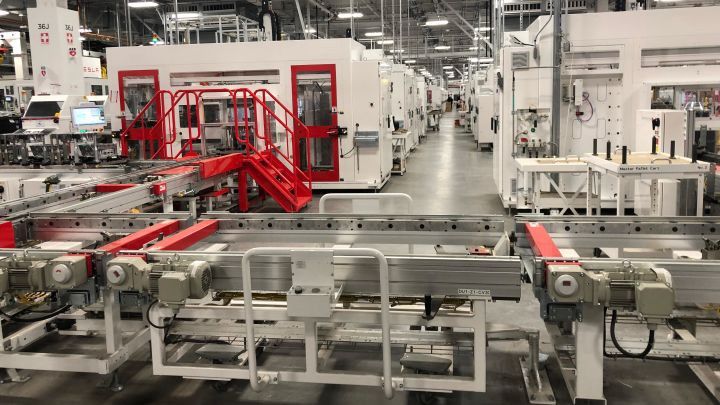 The tariffs would be a nightmare for anyone importing vehicles into the country, but it would also throw a big wrench in the works for companies producing vehicles and components domestically if they used raw materials from outside the US. That’s why the US deciding to waive tariffs on Japanese aluminum for Tesla is such a big win.

Tesla has won an exemption from paying the 10 percent tariffs placed on imported aluminum from Japan. The U.S. Commerce Department has agreed to Tesla Inc’s request to waive 10 percent tariffs on imported aluminum from Japan used in the manufacture of battery cells at Tesla’s Nevada Gigafactory. The battery cells are assembled into packs which are the energy source for the Tesla Model 3 vehicle as well as energy storage products.

The tariff exclusion isn’t just an excuse to import Japanese aluminum all willy-nilly, though. There is a cap on it such that if Tesla exceeds 10,000 tons annually, it’ll have to start paying again. That being said, we’re struggling to think of a situation in which even Tesla would need more 20 million pounds of aluminum.

The other caveat is that the exclusion is only good for one year, so just because Tesla is living life footloose and tariff-free with its aluminum in 2019, doesn’t guarantee that this will be the case next year.

Tesla submitted several other requests for tariff exemptions on vehicle components made in China — specifically the Autopilot computer and vehicle control computer for Model 3 — but those requests were dismissed.

The Commerce Department said in a document dated June 5 and posted in recent days that the aluminum “is not produced in the United States in a sufficient and reasonably available amount or of satisfactory quality.” The waiver is good for one year. However, Tesla has not commented on this.