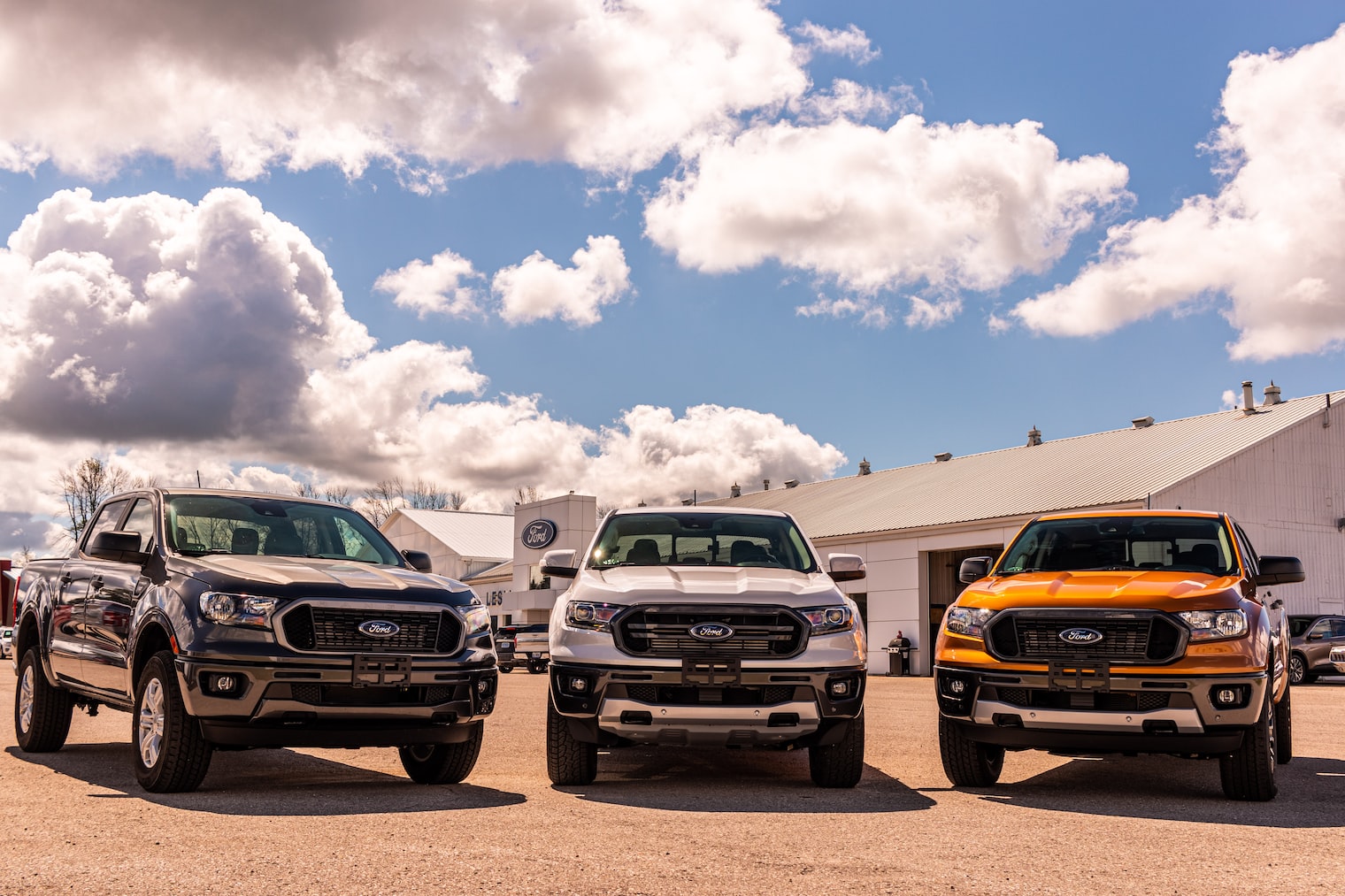 [Update] "General Motors said... it will increase spending on electric and autonomous vehicles to $35 billion through 2025, a 30% increase from plans announced late last year - CNBC Jun 16, 2021"

Several cars, EVs to be specific, are available in the US market, but they do not anticipate selling them anytime soon because they have the EV trucks and the SUVs.

The two companies, Ford and GM, are gearing up to produce around 320,000 fully electric vehicles annually for North America by 2026. Tesla built over 365,000 vehicles in 2019. Electric vehicles will amount to 5 percent of the automaker’s total production by 2026.

Among the new electric Ford and GM models in the works is the Mustang Mach-E, an electric F-150, the Cadillac Lyriq, the Hummer EV and a larger version of the Chevrolet Volt, which accounted for just over 16,000 U.S. sales last year.

At the moment, they have opted to continue relying on traditional trucks and SUVs that make up their majority sales, with an approximated 93 percent of them expected to be equipped with conventional powertrains. Overall, electric vehicles will make up roughly 5 percent of overall sales between the brands. GM and Ford understand that buyers want more SUVs and trucks, but they’re also trying to think and come up with viable solutions to fit the customers' needs.

The plans are at odds with some electric future plans the two automakers have been touting as their way forward. GM CEO Mary Barra said last fall that in the near future, the company is aiming to sell one million electric vehicles a year. The company has declared it will have 20 new EVs on the market by 2023, spending $20 billion by 2025 on electric and autonomous tech. Ford CEO Jim Hackett has said that his company plans to develop 40 new full-electric and hybrid vehicles, spending $11 billion by 2022 to do so.